The Governor of Delta state, Senator Ifeanyi Okowa has been commended for his enviable efforts in uniting and bringing developing the state.
Engr Philip Chukwumah Ugbomah, an aspirant to the Delta State House of Assembly for Ndokwa East Constituency, who made the commendation during the Delta Political Vanguard, DPV Rally in Kwale, Ndokwa West Local Government Council, said the governor has in his actions given the state an all enclosed development plan that have positioned the state for a permanent and positive development.
Ugboma pointed out that the achievements of the governor on youth capacity building, agricultural development, women empowerment, infrastructural development, and security are worth noting, and are enough evidence for the governor to be re-elected for a second term to consolidate the development processes he started.
“Following his template based on the SMART Agenda programme of His Excellency, Senator Ifeanyi Okowa successes recorded so far in areas such as youth, women, infrastructural development, security matters, I endorse his re-election bid in 2019,” the aspirant said.
He noted that Governor Okowa took over a depleted economy which was ravaged by recession for nearly two years of his administration, and had succeeded in turning around the economic fortunes of the state by an honest, pragmatic, dedicated, dynamic and God fearing leadership style, which has plugged administrative loopholes, stemmed financial wastage and set down a well articulated strategic governance roadmap which has been followed with precision and guided the administration from an almost dead economy to the recent confirmation that the IGR of the state had hit a whopping N51 billion.
The House of Assembly hopeful, thanked the organisers of the DPV rally for a well organised event, and called on all the members to work assiduously in their various local governments to ensure victory for the Peoples Democratic Party, PDP in 2019 and Governor Okowa, and candidates of the party that will emerge after the primaries.
Speaking further, Engr Ugbomah who has as his campaign slogan, “Let Do the Work”, called on the people of Ndokwa East constituency to come out to work towards a positive change of baton in 2019, to re-engineer the fortunes of the area, as it has been the worst developed area of the state for years, as the local government has no access road to more than 80 percent of the communities.
“Ndokwa East today is a locked out area without access roads, not because there have not being commissioners, House of Assembly members, appointees, or others in government for years, but because we had not got it right. We have to come out and re-engineer the fortunes of Ndokwa East, its only we that can do it. And no other person.” 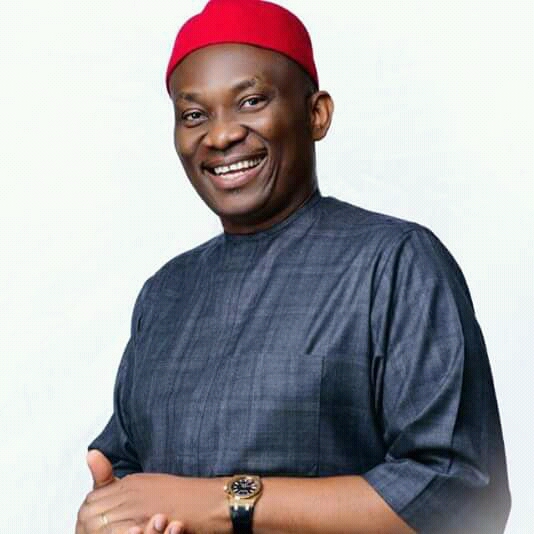