Two pan Niger Delta groups, the Pacesetters advocacy group and the Izon-Ebe in Diaspora, have thrown their considerable weight behind the House of Assembly aspiration of Mr. Tony Okirika, who is contesting for the Warri South West Constituency seat at the Delta State House of Assembly come 2019.

Rising from a crucial meeting in Warri, the commercial city of oil rich Delta State, the Pacesetters advocacy group pledged to support Mr. Tony Okirika as an aspirant for the highly coveted DTHA seat, asserting that they had endorsed him to run for the Delta house of assembly seat, to represent the good people of Warri south west LGA in 2019 because he is an innovation influencer, who will attract quality investors to the area, improve on the sustainable peace building efforts of the Governor Ifeanyi Okowa administration, ensure regular maintenance of infrastructure provided by government in the zone and also operate an all inclusive and consultative style of representation, where everybody will be carried along.

The group, in a statement signed by its Presiden,t Comrade Tony Agalabiri and Secretary, Comrade Solomon Agagha said: “If you vote for Tony Okirika, you are voting for accountability, innovation and dynamism as Tony Okirika has a proven track record of impressive entrepreneurial engagements and is a young man who understands the ways and feelings of the people and youths of Warri South/West and will try his best to carry everybody along,” they said.

In a related development, the Izon-Ebe in diaspora, socio/cutural group of Ijaw indigenes especially those of Gbaramatu extraction, residing in London, have equally endorsed Mr. Tony Okirika to contest for the Warri South West House of Assembly seat come 2019.

The endorsement was contained in a brief statement issued by the group and signed by its President, Alex Jesse preye, who noted that the Izon-Ebe had held an emergency meeting in London and after X-raying the situation in the Warri South/West LGA, especially with the situation of the outgoing assembly Member Barr. Daniel Mayuku who had performed well for 16 years, it was time to put forth an Ijaw aspirant, who had the requisite pedigree and exposure, with the intent to serve Warri South/West LGA well in the Delta Assembly, but without any rancour, bias or ethnic coloration.

While calling on all qualified Warri South West sons and daughters to go and collect their Personal Voters Cards, PVC s in order to be eligible to vote in the 2019 elections, the President urged them to pitch their weight behind Tony Okirika for the House of Assembly seat, describing him as the “right man to continue and consolidate on the good works already started by his predecessors, as well as work in tandem with the administration of Governor Ifeanyi Okowa and all stake holders in the state and his LGA to bring more dividends of democracy to the people in line with SMART Agenda of bringing prosperity to all Deltans. 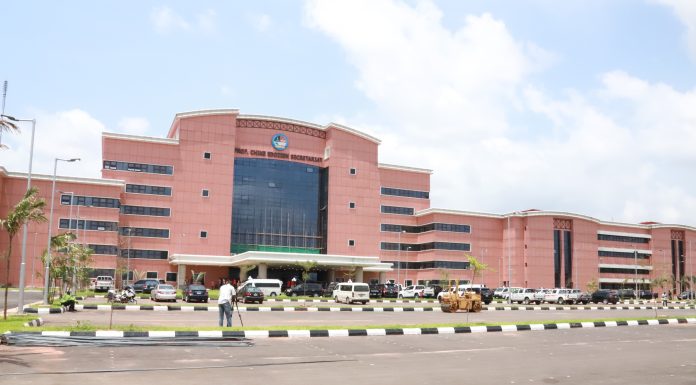 You lack capacity,throw in the towel, save Nigeria from imminent abyss, PDP tells Buhari