Nigerian reggae icon, Ras Kimono, has died, sources close to the musician said, according to multiple reports on Sunday. He was 60 years old.
The online news platform, Q.ED said Kimono was said to have taken ill on Saturday on his way to the US.
Friends rushed him to a hospital in Ikeja from where he was transferred to Lagoon Hospital in Ikoyi.
He died on Sunday morning.
According to several biographical sketches, Kimono served a long apprenticeship on the Nigerian music circuit, experimenting with a number of styles, before making his late 80s breakthrough as a reggae singer.
Together with his Massive Dread Reggae Band, Kimono released his debut album, Under Pressure, in 1989. Accompanied by the popular single, “Rum-Bar Stylee”, this revealed both a Jamaican and native African influence.
Before he released his solo album, he was in a group called The Jastix along with Amos McRoy and Majek Fashek.
Born in Delta State, Nigeria, he went to Gbenoba Secondary School, Agbor and later joined the legendary Jastix Reggae group, alongside Majek Fashek, Amos McRoy Jegg and Black Rice Osagie.
He won several awards including the Nigeria Music Awards, Fame Music Awards and many more.
Meanwhile, Chukwuemeka Opara of News Agency of Nigeria (NAN) reports that Rastafarians in Ebonyi have concluded plans to hold candle light procession for departed Nigerian Reggae icon, Ekeleke Onwubuya, popularly known as Ras Kimono.
Rastafarianism, is an Abrahamic religion that developed in Jamaica during the 1930s. Scholars of religion and related fields have classified it as both a new religious movement and a social movement.
The reggae artists told News Agency of Nigeria (NAN) in Abakaliki on Monday that the procession was to honour Kimono “because of his great contributions to the development of the brand of music in the country.”
James Okoh, alias Rasta Omege, said he would coordinate the activities to ensure that Kimono was given a befitting tribute by Rastafarians in the state.
“We would immediately convene a meeting to deliberate on ways to honour our departed father and further propagate the reggae gospel in the state and the country.
“We would also organise candle light procession, hold road-shows, music concerts, Rastafarian-night, among other activities, to give Ras Kimono a befitting farewell.”
Another Rastafarian, Charles Nduka, alias Rasta Iree, said Kimono’s contributions to the development of music, especially reggae and the entire social sector of the country, was unparalleled.
He added that “Kimono inspired young musicians in the country to embrace reggae and this helped in some of the positive changes witnessed in the society.
“Kimono, through his songs, ensured that music was given its pride of place in the country and corrected the wrong notion that it is a venture for school drop-outs and never do wells.”
Bede Asomugha, alias, Ras Uncle, noted that he had a personal experience with Kimono in 1997, shortly after the death of late Afro-beat music icon, Fela Anikulapo Kuti.
Ras Uncle said “I was a drug addict and was resident at Fela’s African Shrine with others affected by the demise of the late afro-beat star.
“Kimono encouraged me to return to Ebonyi after I had shun drugs one year earlier. I am a living example of Rastafarian not engaged in drug abuse.”
Christy Mbaleke, a Reggae fan, urged the federal, state and music organisations not only to immortalise Kinomo but enhance the welfare of artists in the country.
She said “Ras Kimono used his songs to fight apartheid in South Africa, military dictatorship in Nigeria, poverty, oppression, among other malaise in the society.
“Relevant stakeholders should look into the welfare of artists and the entertainment industry to check the rising cases of death among them.”
Some of Kimono’s hit songs include: Whats Gwan, Rumba Stylee, Natty Get Jail, Senseless Killings.

Governor Ifeanyi Okowa of Delta State, where late Ras Kimoko hails from, on Sunday, commiserated with the Nigeria Music Industry, family and friends of reggae music exponent, Ras Kimono, who died on Sunday at the age of 60.

In a statement by his Chief Press Secretary, Charles Aniagwu, Governor Okowa sent condolences to the Music industry and the Onicha Olona community in Delta State over the loss.

He described the deceased as a true music legend whose songs entertained Nigerians in the 80s.

The statement reads: “I received with sadness the news of the passing away of Ras Kimono, a great reggae legend. He will be remembered for his hit song “Rumbar Stylee”.

“I join lovers of reggae music to mourn this great loss. He belonged to an era of great reggae music exponents in Nigeria”.

“As one of the legends of reggae music, the Governor commends the late Ras Kimono for contributing to the development of music in Nigeria, and sustaining his interest in the music industry even in old age by participating in several music concerts”.

Governor Okowa affirms that the music industry in Nigeria benefitted from the contribution of the late musician, who also mentored many younger Nigerian musicians.

The Governor prays that the almighty God will accept the soul of the departed, and comfort the family he left behind.

Former governor of Delta State, Chief James Onanefe Ibori has described the death of the musical icon, Ras Kimono, as a big blow to him personally, Delta State, Nigeria and the entire globe. Ibori said that “Kimono was a gifted revolutionary who applied his immense musical talent and impressive energy to make not just Nigeria but the entire world a better place”.
In a press statement issued by his Media Assistant, Tony Eluemunor, Ibori said of the legendary musician: “I have known Ras Kimono for a very long time. While I was Delta State Governor from 1999 to 2007, the musician remained close to me all through. He would often visit me and I was open to whatever advice he had to offer. I also enjoyed a warm personal relationship with him. He would often come along with one or two of his fellow musicians and would throw banters on end”.
Ibori said that “Ras Kimono was one of those who kept the flag of Delta State, flying as the talent hub of Nigeria, – thorough going professionals, gifted musicians, actors and actresses, sports people, comedians, intellectuals, top polity-enhancing bureaucrats, immensely talented youths who excel in all wholesome fields.
“Nigeria will never forget Ras Kimono; for me, his memory will always have a warm place in my heart for he was a dear friend who remained faithful through thick and thin, and who brought pride, not just to his Onicha-Olona town, but to the good people of Delta State,” Ibori mourned.
Ibori sent his condolences to Ras Kimono’s family, and prayed that Almighty God will grant eternal rest to Ras Kimono’s soul. 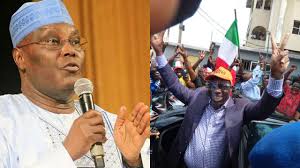 PERSPECTIVE – The end of godfatherism has come in Nigeria

Okowa condoles Itsekiris over demise of Olu of Warri