By Anita Eboigbe
Esimaje Awani, a Deltan based in Warri, the designer of the Super Eagles traditional wear that cemented their ‘best fashion team’ award, has been found following outrage over absence of credits for designing the outfits.
Awani’s identity was revealed by a social commentator Freedom Atsepoyi aka ‘Mr Jollof’.
Mr Jollof, in a now viral video, berated the media for not celebrating his designs as they celebrated Nike’s jersey designs.
Awani, the CEO of GT Stitches, is the Nigerian-Canadian designer that designed the ‘Buba’ and ‘Sokoto’ worn by the Super Eagles to Russia on Monday.
The white outfit finished with green neck embroidery, attracted media attention similar to the now sold out Nike jersey, and attracted further international interest.
Awani is a Warri, Delta State based designer who specialises in making male and female caftans.
Awani’s outfits earned the Super Eagles rating as “The team with the best traveling uniform” in Russia by the British Broadcasting Corporation (BBC).
The rating comes days after a world fashion magazine GQ rated Nigerian Super Eagles Jersey as the best for the 2018 World Cup. (NAN) 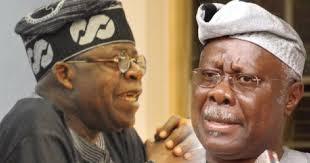 Nobel Peace Prize: A case for the White Coat Army