• Simon Hart Volgograd Arena
Ahmed Musa’s second half heroics gives Nigeria, and Argentina, a lifeline of qualifying from Group D as Iceland miss the chance to edge into the round of 16.
The first half ended with little to discuss at the break. Iceland started brightly and Gylfi Sigurdsson went close with some long range efforts early on. Nigeria failed to register a shot on target in the first 45 minutes and almost found themselves behind when Alfred Finnbogason touched a cross wide from close range.
After failing to register a shot on target in the first half, Nigeria emerged from the break with a point to prove. Victor Moses raced down the right win and his cross was emphatically brought down by Musa, who took one touch to pick the ball out of the air, then a second to fire it into the net and gave Nigeria the lead.
Iceland were on the ropes and Musa doubled his and Nigeria’s lead with pace to rival that of track sprinters. In the left channel he burst away from Kari Amason, rounded the goalkeeper and found the back of the net.
The chance to set up a dramatic finish fell to Gylfi Sigurdsson who blasted a penalty over the bar after VAR (video assistant referee) awarded a spot-kick to Iceland in the 81st minute.
Musa is Nigeria’s magic man
Musa had to make do with being a second half substitute in the 2-0 defeat against Croatia but was called upon to light up a dismal attack.
His direct running had the Icelandic defenders scrambling to contain him and he scored two brilliant goals to round of a complete attacking display. Leicester may take a look at his display and consider cramming him into their attack next season.
Kelechi Iheanacho partners Musa up front as two of three changes from the Croatia defeat.
Iceland and Gylfi Sigurdsson fail to take advantage
The Iceland players and fans will have been clapping all night after Argentina lost to Croatia. The opportunity to qualify from their group in their first ever World Cup was there for the taking. A win against Nigeria and they would have one step in the round of 16.
Iceland did not look like the solid defensive unit that has been troubling big sides in tournaments gone by. Nigeria were able to hold strong when they looked to burst forward on counter attacks, and their granite-like defense turned to rubble when Nigeria attacked.
Gylfi Sigurdsson did not get on the ball enough and then fluffed his lines when presented with a penalty to set up a big finish, but he hit his effort high over the bar.
Nigeria fix their set-piece woes
It took just one minute for Aron Gunnarsson to get the ball in his hands on the touchline, readying a long throw which causes so many teams so many problems.
The throws, corners and deep free kicks continued to be launched into the box but Nigeria were equal to the majority of them, with Francis Uzoho often being positive and punching the ball clear.
Against Croatia Nigeria were all over place when defending set pieces, but they seemed to have dusted themselves down and improved.
What do Argentina need to do to qualify?
Ready yourself for the ifs, buts and hypothetical scenarios.
Whatever happens, Argentina must win. If Croatia beat, draw or lose to Iceland than all Argentina need to do is beat Nigeria and they’re through.
If Iceland beat Croatia, only a win will do for Argentina, and they must better Iceland’s goal difference, which will mean beating Nigeria by more than three goals.
VAR is a success
With 10 minutes to go, Finnbogason appeared to be clipped in the penalty area by Tyronne Ebuehi. The referee was initially unsure about the foul and consulted the screen on the side of the pitch.
The American official, Matthew Conger, correctly awarded Iceland the penalty after reviewing several replays. Sigurdsson missed the penalty but it was another decision given by the technology which may otherwise not been awarded.
• Source: Independent 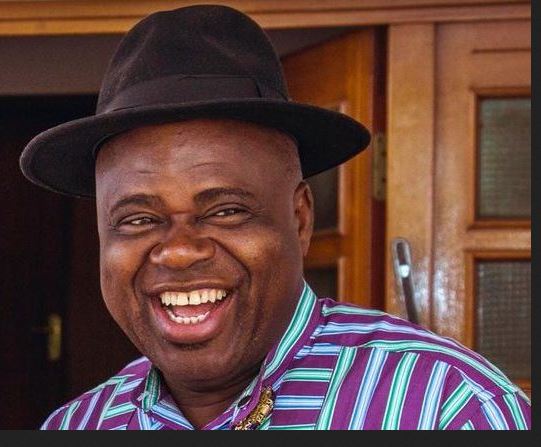 Covid-19: Agency charges residents of Warri, Uvwie and environs to clean up their surroundings