By Olanrewaju Akojede
The President, Nigeria Football Federation (NFF), Amaju Pinnick, on Monday said that the Super Eagles still had chance to progress to the knockout stage of the Russia 2018 FIFA World Cup.
A statement by NFF Director of Communications, Ademola Olajire quoted Pinnick as saying that in spite of the Eagles’ 0-2 loss to Croatia, the team could still make something out of the Group D.
The News Agency of Nigeria (NAN) reports that the Genort Rohr-tutored team faltered in their first match of the World Cup losing to Croatia via Oghenekaro Etebo’s own goal and Luka Modric penalty.
But Pinnick said that no country in Group D can yet boast of qualification.
“Croatia made good from set pieces in Kaliningrad on Saturday, winning 2-0 to top Group D ahead of Argentina and Iceland, who finished 1-1 and have one point each.
“We expected to win against Croatia but it did not happen and the whole team, as well as the federation have put that behind us and looking ahead with hope to the next two matches.
“I have spoken with the coach and the players and they have confidence that the job can be done.
“They feel bad to have lost the first match and are determined to go out there and do what they have to do against Iceland on Friday,” he said in a statement by the NFF Director of Communications, Ademola Olajire.
Pinnick noted that in football, a lot is possible if the heart is there to go out and conquer.
“Losing your first match of a major competition is not an automatic exit ticket. Spain lost their first match of the 2010 FIFA World Cup finals and still went ahead to win the tournament.
“We have a young team that can achieve so much with the right attitude and invention, and we must now reach deep down for those qualities when we play Iceland in Volgograd.
“Argentina and Iceland, who have one point each, are ahead of Nigeria as well as table – toppers Croatia, but victory against Iceland will earn the Eagles three points and second place in Group D, if Croatia emerge unscathed against Argentina in Nizhni Novgorod on Thursday,” he said.
The NFF president and member of the CAF Executive Committee, also appealed to Nigerians back home to continue to support the young team with kind words and prayers.
“The Federal Government through the Minister of Youth and Sports, Solomon Dalung, who is in Russia supporting the team and giving them words of encouragement, has appealed to Nigerians to keep supporting the team.
“The NFF is also appealing to them to continue to encourage the team with kind words and prayers.
“At this tournament, world champions West Germany have lost their first match; Argentina has been held to a draw; 2010 World Cup winners Spain have been held to a draw and; Brazil could not defeat Switzerland.
“’France even struggled before defeating Australia with a late goal. So much is still possible,” he said.
The Super Eagles returned to their team base camp in Essentuki on Sunday, and have commenced training for Friday’s encounter at the 45,000–capacity Volgograd Arena. (NAN) 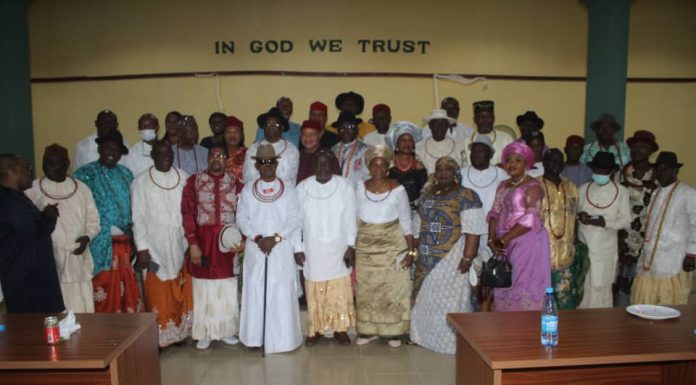 Still, in defense of lasting values