Benue State Governor, Samuel Ortom, has dumped the All Progressives Congress, APC.
The governor made this known today, Monday, 16/7/2018, at the Benue Peoples House in Makurdi while swearing in his Special Adviser on Local Government and Chieftaincy Affairs, Mr. Jerome Torshimbe.
Making the disclosure, the governor said that he had started exploring a new option to actualise his future ambition.
He said that he was consulting with relevant stakeholders, stressing that he would soon make his next move known to the people of Benue.
Speaking about the new appointee, the governor said Torshimbe’s appointment was based on his capacity to serve, especially at a critical time as the one they were having in the state.
He urged him to justify the confidence reposed in him through hardwork and commitment to duty.
He also asked Torshimbe to imbibe the core values of his administration which include transparency, accountability, justice and equity.
Torshimbe pledged to justify the confidence reposed in him.
He also promised to give his best for good governance at the third tier of government and to reposition the traditional institution in the state.
He sought the support of all to enable him succeed in his new assignment.
• Source: The Next Edition 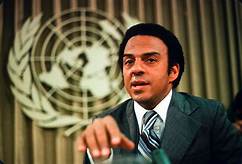 DOPF convention: Concern expressed against politicians’ use of social media as tool for hate speech