By Sakibu Olokojobi
The Aare Ona Kakanfo of Yorubaland, Chief Gani Adams, has called on the leaders of states in the South West of the nation to convene a security summit in view of the spate of killings in the country.
He said the menace was becoming too much and there was the need to stop it immediately.
The Aare Ona Kakanfo said the atrocities of kidnappers and killers were already being carried out in Yorubaland, hence the need for urgent action.
He said, already, the borders of Ekiti, Ondo, Oyo and Kogi states were already becoming too hot for indigenes as many people had been kidnapped.
He said with the situation of things, his determination to protect Yorubaland as the Aare Ona Kakanfo of Yorubaland and the will of millions of Yoruba to defend their fatherland were already being tested.
He said a summit as he had advised would be necessary now.
The statement reads in full:
“Events of the last few months have shown that Nigeria is at the crossroads, strange things are happening in the country.
“Blood thirsty maniacs are on the rampage, killing and maiming innocent Nigerians.
“The insecurity in the land is reaching an alarming peak.
“Pitiably, the ‘clear and present danger’ today is that the government seems helpless to curtail the situation.
“In some sections of the country, it is no longer ‘breaking news’ that marauders kill farmers at will.
“Because these killings are giving patriotic Nigerians the creeps, patriots are shouting themselves hoarse, telling the government to do something urgent to check the trend.
“While members of the comity of nations are alarmed about happenings in our country, it appears as if they are crying more than the bereaved.
“Although the government has promised to check the rampaging lunatics, Nigerians are still not convinced of a decisive clampdown on these killers.
“Thousands of lives have been lost to these sons of Lucifer, but it is strange that not even a single arrest or prosecution has been affected.
“Without sounding immodest, the more than 60 million Yoruba in this geographical space are the most accommodating ethnic group.
“Yoruba sons and daughters are dedicated to the Nigerian project, promoting peace and unity in the land.
“When I was installed as the 15th Aare Ona Kakanfo of Yorubaland by His Imperial Majesty, Iku Baba Yeye and Alaafin of Oyo, Oba Lamidi Adeyemi III, on January 13, 2018, I vowed that I would do everything to project the image and protect the name of Yorubaland.
“Sadly, my zeal to protect Yorubaland and the will of millions of Yoruba to defend their fatherland are being tested with the invasion of some parts of our land by these killers.
“I find it difficult to comprehend this open insult that some killers, whose kinsmen live in our villages, towns and cities, will invade Yorubaland at will, kidnap, rape and, in some bizarre situations, kill some of our sons and daughters.
“The borders of Ekiti, Ondo, Oyo and Kogi states are becoming too hot for indigenes as many people have been kidnapped, leading to soldiers going after these killers deep inside the forest.
“Recently, the Officer-in-Charge of the Special Anti-Robbery Squad (SARS), Saki Unit, Oyo State Police Command, was killed by these marauders.
“I ask, if we allow killings of innocent farmers and destruction of farmlands in any part of Yorubaland to continue, where is our determination to defend the Yoruba society, values and territory?
“Obviously, our silence is being misconstrued for foolishness.
“We cannot continue to expose the flanks of Yoruba societies and communities to incursions and attacks because we have enough hunters, traditionalists, farmers and ancestral security outfits to commence the maximum protection of all parts of Yorubaland.
“Strangers are gradually taking over parts of our land but according to history, marauders, arsonists and murderous gangs failed, and will continue to fail, to conquer Yorubaland.
“The first fundamental right of a Nigerian is the ‘Right to Life.’
“The day will never come when Yoruba men, women, adults and infants can no longer move freely in their fatherland.
“Insult from these killers to the Yoruba Nation is gradually creeping in. You will recall that Senator Ayo Arise was recently abducted on his way to Abuja.
“A Methodist priest was also abducted in Osun.
“Our traditional institution was desecrated on June 23 when Olori Olukemi Agunloye, the wife of Oba Samuel Kehinde Agunloye, the Alauga of Auga Akoko, in Akoko North-East Local Government Area of Ondo State, was abducted on the notorious Auga/Ise Road in the Akoko area of the state.
“The next day, more than 200 innocent men, women and children were killed in Plateau State.
“Are we going to wait for this type of barbaric killing to happen before we rise against this evil in Yorubaland?
“Time to check this madness is now.
“Therefore, I urge to urgently liaise with Executives in Yorubaland to convene a South-West Security Summit to be held in one of the state capitals. The meeting will involve, among others, traditional rulers, religious and opinion leaders, farmers, businessmen, herders and security agents in the region.
“This is the time for us to act before the situation becomes unbearable.
“Oodua a gbe wa o.
“Ile Yoruba ko ni baje o.”
• Source: The Next Edition 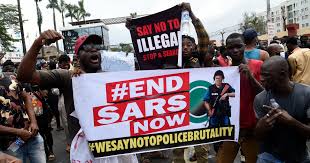