An Ilorin High Court in Kwara State has summoned the Inspector General of Police, Ibrahim Idris, to appear before it on Wednesday next week to justify the continued detention of Lekan Alabi, Personal Assistant to Kwara State, Governor Abdulfattah Ahmed, arrested over the April 5, 2018 armed robbery in Offa.
This was as the lead counsel to the suspect, Ibrahim Adelodun (SAN), bemoaned the failure of the police to release another suspect over the same incident, Alhaji Babatunde AbdulWahab, the Chief of Staff to the Governor, who has been granted bail by another high court in the state.
Adelodun, leading four other lawyers, told newsmen after Friday’s proceeding that the refusal of the police to obey the court order on AbdulWahab was worrisome as it portends grave dangers to the deepening of democracy and might lead to a loss of confidence in the fairness of the police to handle such cases among the populace.
The police was not represented at Friday’s proceeding although Adelodun told the court they had been served all the processes related to the case.
The case was brought to Ilorin following the refusal of a Federal High Court in Abuja to hear it as the alleged crime was committed in Kwara State.
Alabi has been in detention since May 28, 2018 and has not been arraigned before any court of law, a development his counsel argued is in contravention of the provisions of Order 4, Rules 3 and 4 of the Fundamental Rights enforcement procedure rules (2009) as well as Sections 34, 35, 36, 37, 41 And 46 of the Constitution of the Federal Republic of Nigeria.
Making the order at the sitting on Friday, Justice Adebayo Yusuf said there was nothing in the constitution that allows the detention of a suspect without trial for a period beyond 24 hours where there is a court or 48 hours in environment where there is no court.
In a short ruling following the application by Adelodun for an interim bail for the suspect pending the determination of the substantive application, the court aligned with the position of the SAN but decided to allow the police another opportunity to defend its position.
“The position of the law is as stated by the leaned silk, however I’m inclined to hear from the respondent to come to court and show cause why the applicant should not be released from their custody, since they have been served the motion on notice,” the judge said, adding that it is clear that the police cannot change the constitution.
Adelodun had while moving the application pointed out that the detention of the applicant for 60 days without trial is a prima facie case of a breach of his rights to liberty as enshrined in section 35 (7) of the constitution and pointed out that Section 122 of the Evidence Act empowers the court to take judicial notice of the time involved in the exchange of written addresses and affidavit by parties which can compound the suffering of the applicant.
“We are not asking the court to declare our client guilty or innocent at this stage but the police has no right to keep a suspect forever,” he said, citing the decision of the Appeal Court in the case of EFCC vs Akingbola, (2015 NWLR p1470,pgh249,pp290) to buttress his submission.
* Source: TheEagle 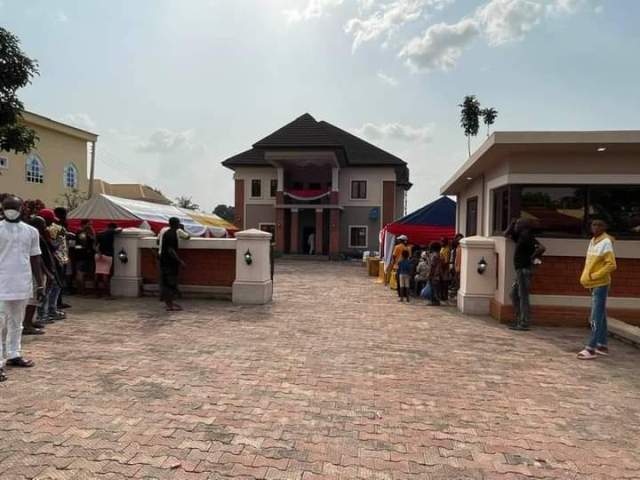 Biya, 85, sworn in for another 7-year tenure in Cameroon