The President-General of Ohanaeze Ndigbo, frontline Igbo socio-cultural group, Chief John Nwodo, yesterday, Monday, 16/7/2018, warned that some recent actions of the federal government showed that the country was sliding into dictatorship.
Nwodo spoke at a news conference in Abuja, where he said that a chartered flight that was to take some Southern leaders to Makurdi for a rally was refused landing permit at the Benue State capital.

With him at the news conference, were the former Information Minister, Chief Edwin Clark; former Governor of Anambra State, Dr. Chukwuemeka Ezeife; and Afenifere Leader, Chief Ayo Adebanjo.
The leaders were billed to attend the Middle Belt Forum’s rally on restructuring in Makurdi.
Nevertheless, the rally held with the Forum’s leaders restating their belief in the total restructuring of Nigeria.
“We were told at the airport that our chartered flight has no permit to land in Makurdi,” he said, adding that upon inquiry, they were told that the directive not to allow their plane to land in Makurdi was from above.
According to him, “We were at the airport in Abuja as early as possible to get a chartered flight to Makurdi but at the point of payment, we were advised to confirm the issue of landing permit from the Airport Commandant in Makurdi.

“At that point, we were made to understand that the request for the landing permit of our chartered flight is on the table of the Commandant, Lt. Commander A. Audu, who we learnt said for security reasons no aircraft will be allowed to land in Makurdi on Monday.”
THISDAY, however, learnt Monday that the Southern leaders might not have been properly briefed about the status of the Makurdi Airport, as an informed explained that being a military facility, civil flights needed the permission of the military authority to operate, to and from, the airport.

Nwodo, however, told the press that the Southern leaders missed the meeting with their Middle Belt counterparts on restructuring in Makurdi, which was supposed to be a follow-up to similar ones successfully held earlier in Ibadan, Yenagoa and Awka.
Nwodo, also a former information minister, said their inability to fly to Makurdi was an infringement on their fundamental rights.
He wondered why they were denied freedom of movement and association since no known law had been breached by them.

“We are sliding into a dictatorship under a democratic government,” he exclaimed.
He specifically mentioned the Executive Order 006 recently signed by President Muhammadu Buhari giving him express power to confiscate people’s property.
“This is condemnable as the Constitution is very explicit about the functions of the three arms of government, and not for the Executive to be using the powers of the Legislature. That is why there is the separation of powers,” Nwodo said.

The inability of the South-east, South-west and South-south leaders to make the Makurdi summit, however, did not dampen the spirit of the conferees, who restated their call for the total restructuring of the country in order to correct some abnormalities that is stunting the growth and unity of the country.
Chairman of the Elders’ Forum of the Middle-Belt Forum, Air Commodore Dan Suleiman (rtd), restated the forum’s position at the rally, which held at the IBB Square in Makurdi.

He told his audience that the leaders of other socio-cultural groups, South-South Forum, Ohanaeze Ndi-Igbo and Afenifere were left stranded at the airport for five hours.
He said despite challenges confronting the region, the Middle-Belt would remain united and continue to march forward to greatness.
Suleiman said there was the need for Nigeria to be restructured to give way to fair sharing of resources, insisting that justice must be delivered to the people of the region.

In his speech, Governor Darius Ishaku of Taraba State commended the National Assembly for initiating a bill to establish state police.
He called for accelerated passage of the bill, which he said would go a long way to address the incessant killings in the country.
“Killing people is another form of corruption and the worst of it all. When one steals one million he is prosecuted but when some people kill innocent people in their sleep they are allowed to walk freely. This must stop. Nigeria is a great country but it is wasting away. Every state in Nigeria is a potential country of its own,” he said.

In his address, Benue State Governor, Dr. Samuel Ortom, said the leadership of Miyetti Allah Kautal Hore was still moving freely after calling for their arrest at several fora.
He reiterated the call for the arrest of the leadership of the association for being behind the killings in the state.

He said before the group commenced the killing of innocent people in the state they had threatened that if the state’s anti-open grazing and ranching law was not repealed they would unleash terror on Benue people.

“They had done that several times and killed scores of people. If they are not arrested we cannot rest nor stop crying. We have decided and taken them to court as law-abiding people,” Ortom said.

Also speaking, Senator Barnabas Gemade enjoined all nationalities in the Middle Belt to stand their ground and work together as a people of the same culture, race, irrespective of their language. 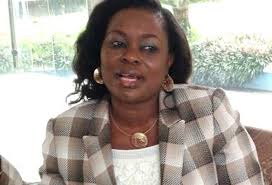 Why we revoked Skye Bank licence, by Emefiele

Okowa urges helping hands for the needy in society, as Mrs. Idowu Timi is...