This article is culled from the London Economist, a magazine that endorsed Buhari for President in 2015. It is perhaps, the most significant, objective, unbiased, unsentimental and deeply incisive analysis of the policies and actions of President Buhari so far. The facts are unimpeachable by any objective mind.

Nigerians have never shown such level of patience and tolerance towards any of their past leaders for his record and strange policies as that shown to their current leader, Muhammadu Buhari – a former military dictator now self-confessed democrat who said he came to fight corruption.

Buhari, 75, is being plagued with failures across every single sector in the economy, the like as has never been seen before. Less than a year into office, the economy plummeted into recession, an economy which had till then grown at an average rate of 7% in previous years (2011-2014). The nation’s currency lost 70% of its value, unemployment rose from 6.5 to 26%, commodity prices tripled across many quarters and the state-regulated premium motor spirit prices were hiked by 67% without practically anybody batting an eye.

There have been stern opposition to his policies however and to his very personality as well, notably in the South East and South- South regions in the country as they are called, where he both received less than 5% of the votes cast at the last Presidential election and where he has always been sternly unpopular for his history of bigotry against the people, perceived incompetence and dictatorial tendencies. But in many other regions across the country the people have rather resolved to suffer patiently, drawing up excuses for him at will, blaming everyone including his hundreds of political appointees, anything and anybody but never the man himself.

Buhari’s party, the APC, promised Nigerians unprecedented swiping changes in government and the eviction of all corrupt individuals.
One possible explanation for this could be his party’s hope narrative in the 2015 General election where citizens were promised an unprecedented crackdown on corruption and the abolition of all government waste by a man whose financial worth they declared to have been less than N30million ($150,000 then), a historical low for a former top official in the country and most especially a former leader.

In a country plagued by acute corruption problems and with the unremitted crude oil revenue scandal of 2014 still fresh in the people’s minds, many were eager for an abrupt change, the like as never been seen before. He was seen an army general, already experienced in government, with a great strength of will, tough to take on the nation’s cabal of hardened criminals. He promised to appoint only technocrats to head the country’s departments and to see out the lingering Boko Haram insurgency from the warfront. For a nation lacking basic amenities such as power supply in spite of its huge energy resources and with the lingering insurgency crises, the choice seemed easy to many- the general with integrity was the man for the country.

Talk was cheap then but now reality has taken its course. His earliest opponents pointed out to his track record and not to his speech, noting that the last time Nigeria fell into dismal failure, currency woes and commodity shortages was when he had seized power as a military general in 1983 and stating that the facts of that record contradicted the poems of his image brokers.

Many however just wanted “change” as it was then called and so voted the General and sat to wait for the sung promises. But from the onset of his government, the course was as his critics had predefined: Incompetency, bigotry and dictatorial tendencies plaguing the country.

He ignored the newly born genocide in the middle belt of the country perpetuated by the Fulani herdsmen of his kindred against the Christian communities in Benue, Plateau and later on Kaduna. He breached the Central Bank’s 2007 Act of Independence, telling it to suspend forex disbursements to steel importers and other manufacturing sectors in a bid to defend the Naira, a disastrous action which kick-started a spiral of recession.

He took 3 months to appoint his Chief of Staff, 6 months to appoint a cabinet and now 23 months and yet counting to appoint heads of agencies and board members he was so eager to fire upon his assumption into office and rose import duties on the most basic of commodities in a bid to raise government revenue.

And as for the corruption fight, the facts on ground do not show any one at all. Apart from a few officials harassed or imprisoned without court order, the country is yet to witness the first victim of the said campaign at the court stands.

Government waste is on the rise, officials publicly caught in graft acts were swiftly excused, the 2016 Budget year passed without implementation and most worrisome, the Central Bank’s foreign reserves were being shared among unknown Bureau De Change operators at variable rates at the detriment of critical manufacturing, business and banking sectors.

The government continues to praise itself but the people seem to be increasingly tired of the paraded self-righteousness. The President’s recent illness was greeted with cheers by many. Many are just tired of the government. But the remarkable level of patience shown so far has been unprecedented and many a times the general reactions towards acts of constitutional violations was one of calmness or insensitivity.

If the Change narrative of the 2015 election and the songs of man of integrity are to account for this, then Nigerians may have just certified themselves on the world map as a nation easy to fool with propaganda. An adult should be judged on his track record not on his tongue.

Culled from The Economist; posted by Hugo Odiogor 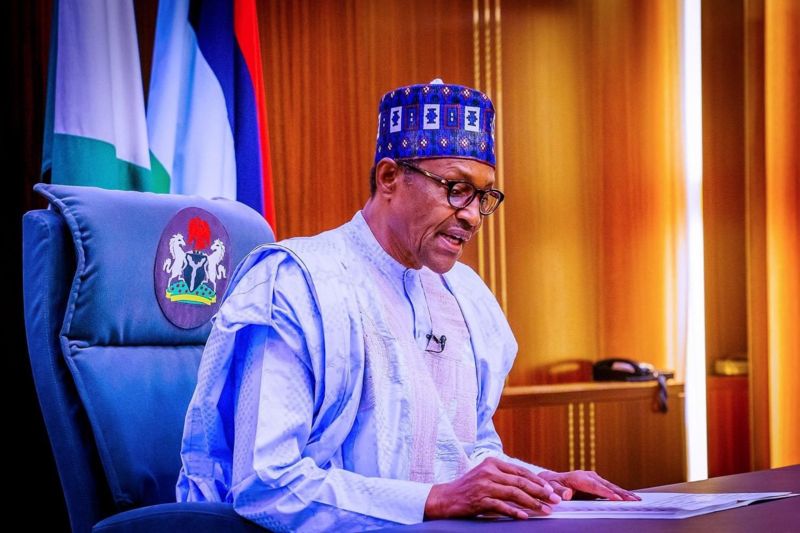