Online Media Practitioners in Nigeria have been cautioned against the propagation of unverified news materials as such publication is anti-people and anti-development, which will affect the body thereby leading to loss of patronage.
The Deputy National President, Online Media Practitioners Association Of Nigeria, OMPAN, who is also the Chairman, Delta Online Publishers Forum, DOPF, Mr Emmanuel Enebeli, gave the advice during the official inauguration of OMPAN Rivers State, on Saturday, July 28, 2018 in Port Harcourt.
Enebeli told the newly inaugurated officers that they should run the association with caution, and follow the ethics of business practices, especially in the media industry which has a code of conduct that governs the running of organisations involved in the dissemination of information.
“You know that in this business, there are ethics that guide us, ethics that guide the establishment of news media organisations. That you are running an online media organisation does not excuse you from that law. You must be guided.”
The Deputy National Vice-president further admonished the members of the rivers state chapter to take their works as online media practitioners serious, as they are also in the position to help the society by providing employment opportunities to people around.
He reminded the members that what they are involved in should not be seen as fun, but a serious business entity and any anti-business activities that do not feel the pulse of the society will ruin their dream.
“Your website is like the Shell, Chevron or other big business organisation, if you allow unverified news material into your platforms, it will get to a point you will not get further patronage, you will only be regarded as a harbinger of fake news.
“You are operating a gold mine, handle it well, be patient, and at the long run, the benefit of your investments will mature,” he said.
Also speaking, Mr James Emeh, the National President, called on the members of the Rivers OMPAN to work in unity, love one another, and be agents of good governance in the state.
In his speech, the state chairman of Rivers OMPAN, Mr Okoye Chidiebele Stephen, promised that the association will build a good working relationship with the people of Rivers State, to achieve a holistic and better society for the people.
The highpoint of the event was the formal inauguration of the Rivers OMPAN, which pledged in an oath to work according to the laws establishing the association, administered by the National President, Mr James Emeh.
Those in the executive who will run the chapter in the interim are, President – Mr Flamboyant Okoye, others are, Mr Ifeanyi Obiefuna, Uyi Eunice,Otuonye Chidera, Isaac Godwin,Peter Henry, Don Flash, Elvis Ihua, Amadi Innocent, Ajie Francisca. 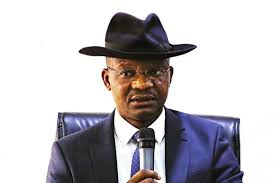