The Peoples Democratic Party (PDP) says it has uncovers plots by the Buhari Presidency and the All Progressives Congress (APC) to use direct primary to validate their plot to rig the 2019 general elections, particularly for President Muhammadu Buhari, who has become grossly unpopular ahead of the elections.

A statement signed by the National Publicity Secretary of the party, Mr. Kola Ologbondiyan announced that PDP is aware that the Presidency forced the direct primaries on party members to eliminate delegates’ participation and pave way for the allocation of millions of conjured votes, which they intend to use as basis to authenticate the fictitious votes they intend to declare for President Buhari at the general elections.

The statement reads: “Having eliminated contest within the APC, the Presidency, which is now apprehensive of apathy against President Buhari due to his increasing unpopularity, plots to import non-members of the party to satiate the venue of the presidential primaries to create an impression of overwhelming popularity for Mr. President and use that to validate the fictitious votes they are conjuring for the Presidential election.

“The PDP is reliably informed that this rigging plot is the reason, APC aspirants to other positions, especially, APC state governors, are demanding for direct primaries instead of the indirect primaries earlier approved for them by their party.

“The PDP is already privy to how very senior officials of the Prof. Mahmood Yakubu-led Independent National Electoral Commission (INEC), including a blood relation of the President, who controls the commission’s data center, masterminded and pushed the plot for which they held several meetings with Presidency officials and APC leaders.

“This rigging plot is the major reason behind the secret creation of 30,000 illegal polling units by INEC, in compromised areas, which we earlier alerted the nation about.

“This is in addition to plots by INEC to frustrate genuine voters from accessing their Permanent Voters Cards, so as to allow the cards in the hands of compromised INEC officials, who will attempt to use such to allocate fake figures for APC.

“The PDP wants President Buhari and the APC leadership to note that not all the APC members are happy with their anti-democratic proclivities and that such persons are indeed ashamed and embarrassed by the pedestrian nature of this rigging plan.

“The Buhari Presidency and APC leaders must know that Nigerians are tired of them and are ready to stop all enemies of our democracy on their trails in this election.

“Anybody, therefore, who yields to be used to test the will of the people, in the 2019 election, should be prepared to incur the wrath of Nigerians.

“Consequently, the PDP restates the demand that Prof. Yakubu immediately withdraws the illegal 30,000 polling centers and declare the location, status and voter population of all already existing polling units for review by political parties and the media.

“ must also publish on their website, the number of accredited voters in all polling centers before the commencement of voting in all elections, particularly the Presidential election.

“Finally, the PDP cautions the Chairman of INEC, Prof Yakubu, to end the unholy alliance between his commission and the APC.

“INEC, by now, should know that Nigerians are united in the desire for a new President and that any attempt to illegally allocate figures or detract from a free, fair and credible elections, come 2019, will be absolutely rejected by the people,” the statement stated. 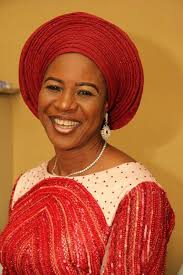