The Delta State Chapter of the Peoples Democratic Party (PDP) has taken a swipe at the opposition All Progressives Congress (APC) in the state over insinuations by the later that reports of payment of N5b to offset salary arrears of council workers by the Delta State Government is “Political deceit”.

The PDP in a statement by its State Publicity Secretary, Dr Ifeanyi Osuoza decried the attitude of the APC to the temporary delay of the release of the N5bn funds to the councils, describing the opposition party’s gloating as a disposition that only haters and sadists can put up.

The text of the PDP statement reads:

“Our attention has been drawn to a Press Statement credited to the Publicity Secretary of Delta State APC, Mr. Ogheneluemu Sylvester Imonina, alleging that reports of the payment of N5b to offset salary arrears of Local Government Council workers by the Delta State Government is “political deceit.”

“It is unfortunate that the Delta APC has resorted to playing diabolical politics with such a sensitive matter as the payment of workers’ salaries. But then again we are not surprised because the APC is only living true to its notoriety as an anti-people, anti-progress political party founded on lies, deceit and vile propaganda.

“Deltans would recall that upon receipt of the latest London and Paris Club refund by the Federal Government, Governor Ifeanyi Okowa immediately directed the State Ministry of Finance to release N5b to the Local Governments to clear the backlog of unpaid salary. All the financial instruments to execute the order have been presented to the bank for release of the funds.

“However, for reasons best known to it, the Federal Government through the Central Bank of Nigeria stopped the payment by recalling the London and Paris Club refund to five States, including Delta, as contained in the Vanguard report of today, September 25, 2018. An emergency meeting of the Nigerian Governors Forum was held in Abuja today to discuss this latest unfortunate development. We are confident that the matter would be resolved speedily and our local government workers would have every reason to celebrate.

“It is clear from the Press Statement by Imonina that the Delta APC takes delight in the suffering of our people. That explains why they are gloating over this temporary delay in the release of the funds. Any political party or group of persons that would do that cannot but be haters and sadists.
“The Delta PDP is at a loss to understand the logic put forward by Mr. Imonina that Governor Okowa should have allowed the Local Government direct access to their funds. It makes us wonder if he has ever read or even seen a copy of the Constitution of the Federal Republic of Nigeria. We need also to remind Mr. Imonina that the issue of unpaid salary arrears in the Local Government Councils predates this administration and, since he came on board, Governor Okowa has worked tirelessly to reduce the backlog through monthly subvention to the Councils.

“I want to assure Mr. Imonina that local government workers in Delta State know where their bread is buttered. And when the time comes, they will do the needful by giving their votes to the man who has worked so hard to make life better for them. And that man is unquestionably Governor Ifeanyi Okowa”. 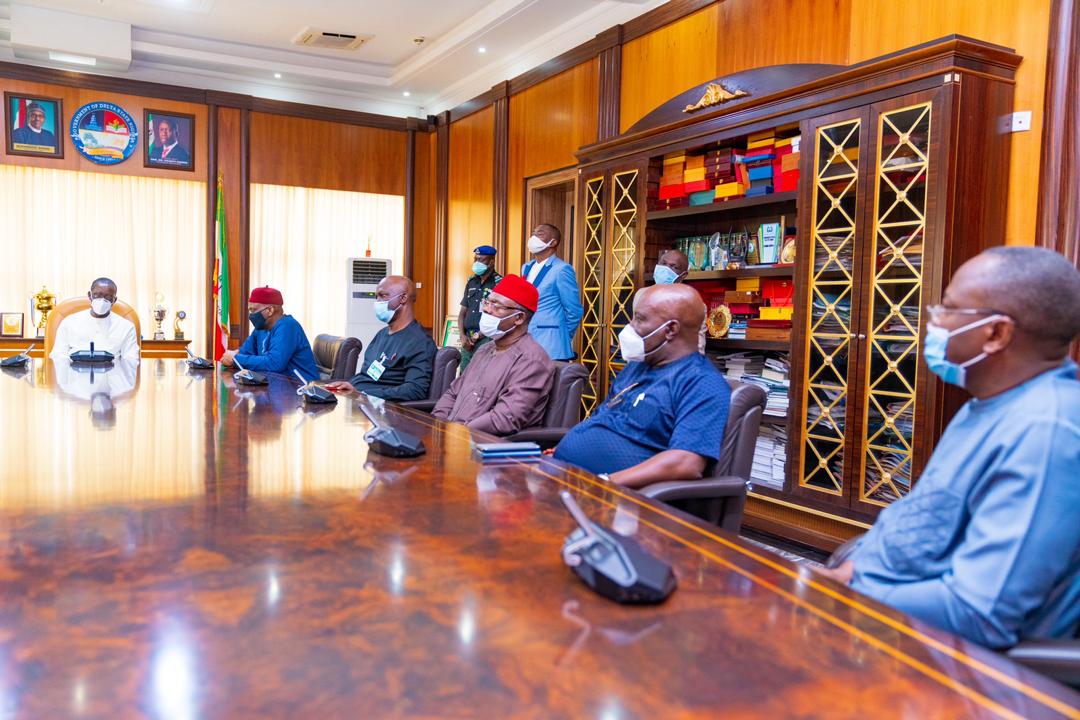 Secondus reacts as court restrains him as PDP National Chairman