The Delta State Chapter of the Peoples Democratic Party (PDP) has reassured contestants in the party primaries that it is poised to deliver free, transparent and credible primaries for all.

The party’s made the reassurance in a statement today released by its State Publicity Secretary, Dr. Ifeanyi Osuoza.

Full text of the statement reads:

Ahead of the forthcoming Delta PDP party primaries, slated to commence from 30th September through to 4th October, 2018, to elect our various candidates to fly the party’s flag for the 2019 general elections, the Delta State PDP wishes to once again reiterate our pledge to provide a level playing field for all our aspirants contesting for all the elective tickets in our great party.

Dr. Ifeanyi Osuoza, the Delta PDP State Publicity Secretary, gave this pledge in a statement made available to the press, adding that this affirmation was in consonance with the commitment of the party leader, His Excellency Dr. Ifeanyi Okowa and indeed the entire leadership of the PDP in the State, to act in tandem with the party constitution and ensure a free, fair, credible and transparent process for the primaries across the State.

The Delta PDP Spokesman who also heartily congratulated all aspirants and contestants who purchased and submitted their nomination and intent to contest forms under the PDP and have been successfully screened and duly cleared as qualified to contest the primaries, equally noted the concerns expressed in some quarters over the issue of imposition of candidates and assured that there was no anointed or favourite person in any position, even as he reassured that all contestants will go into the primaries as equals.

“We wish all our aspirants and their supporters the best of luck as you go into the various primaries to seek the tickets, as our flags bearers for the 2019 elections and we want to assure you that there will be no imposition of candidates for any position and there is no anointed or preferred candidate for any ticket.”

According to Osuoza, “Every aspirant and contestant will go into the primaries on his/her own merits, popularity ratings and convincing manifesto of their capacity to fly our flag with pride and their capabilities to deliver the dividends of democracy to Deltans. A level playing field will be provided to ensure that everyone is given equal opportunity to aspire for any of the tickets, as only the best will emerge and will be good enough to fly our flag in the general elections,” he stressed with emphasis.

Dr. Osuoza then admonished and implored all aspirants and their teeming supporters and loyalists to eschew violence, desist from any acts that may jeopardise, sabotage or truncate the process, maintain order and civility, exhibit maturity and decorum, obey the rules and guidelines laid down for the process and imbibe the spirit of sportsmanship and brotherly love like one united family, as they go about the primaries, bearing in mind that the ultimate objective is to win the general elections, which the PDP must go into as a united and unshakable force.

“Delta PDP is driven and motivated by our avowed creed and objective to return power back to the people and deliver satisfactory primaries where the wish and desires of the people will be established and upheld as the deciding factor in the emergence of all our candidates. We, therefore, enjoin all our members, leaders, faithful and supporters to display the highest levels and examples of party discipline, decency, tolerance and be on their best behaviour, in order to ensure that we all collectively deliver a credible and satisfactory primaries that will shame our detractors and convince the opposition beyond any doubts, that the PDP is fully on ground and poised for comprehensive victory in the 2019 general elections,” the statement concluded confidently. 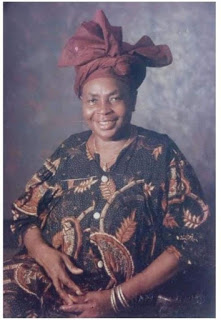