By Chukwudi Abiandu
Former Governor of Delta State has described the British system of justice as belonging to the dark ages from which nothing good can come out.

Ibori in a statement signed by his media aide, Mr. Tony Eluemunor and made available to Banneronlinenews.com stated that he has been a victim of political persecution instead of judicial and legal prosecution, with the untold quantum of lies heaped against him, even in the United Kingdom and her officials. “Owing to this, I have since lost faith in the British judicial system having been through it and observed first-hand the politics, desperation and wicked machinations inherent in the process that rigged the trial against me and against all judicial wholesome processes which differentiate the modern era from the dark ages,” the former governor and the apostle of resource control in Nigeria stated.

I HAVE LITTLE FAITH IN U.K JUDICIAL SYSTEM –IBORI
…Ahead of Wednesday’s London Appeal Court Ruling

As the countdown to Wednesday’s Appeal Court ruling continues, Chief James Onanefe Ibori has said that the injustice visited on him at the United Kingdom has made him to have little faith in the UK judicial system. In a Sunday press statement issued by his Media Assistant, Tony Eluemunor, Ibori said:
“I have been informed that the British Court of Appeal will on Wednesday 17th, 2018 in London rule on the challenge I mounted against my conviction. Many Nigerian journalists who have been following Mr. Lambertus the de Boer on Twitter have also for days now been contacting me concerning the ruling.
“Let me state unequivocally that just as I stated in the legal appeal against my conviction, I have been a victim of political persecution instead of judicial and legal prosecution as untold quantum of lies were heaped against me – even in the United Kingdom and by her officials too. Owing to this, I have since lost faith in the British judicial system having been through it and observed first-hand the politics, desperation and wicked machinations inherent in the process that rigged the trial against me and against all judicial wholesome processes which differentiate the modern era from the dark ages.
“Therefore, to those who have been calling me ahead of the ruling, I say this: Whatever the outcome of Wednesday’s ruling, I will continue to protest the political nature of my predicament. This was very evident in the attempt by the Home Secretary to detain me in prison beyond the stipulated sentence even after I had served my legally prescribed term.
“In all of this I will say that what I have been through since the persecution against me began has taught me incredible lessons; lessons I could not have learnt in any institution of higher learning. Such uncommon lessons have made me a better person as they have shown me the down side of life and that, unfortunately, perception often trumps reality.
“I have accepted my ordeal as part of my destiny and have come to terms with it. I have served my punishment, and I have never allowed the ordeal to weigh me down. Luckily for me, with every passing day the charges heaped on me are daily proved to have been deliberate lies.
“My immediate family and friends have suffered the devastating consequences of my travails. I have served my time and it is time for me to move on with my life. I have decided to dedicate the rest of my life to worthy causes in my beloved Delta state, Mother Nigeria and Africa as a whole. Very soon, some of such worthy causes may be made public, but for now, I will prefer them to remain unannounced.
“I am not a piece of chinaware that would break to pieces if it fell on the kitchen floor. No! Instead, like a good mechanic, I will, God helping me, put together the pieces of my life which my political enemies and their collaborators, both local and foreign, think they have irrevocably shattered. No, God has not allowed me to break into pieces. With the new chance He has given me, I will place myself in the service of humanity”.
Signed: Tony Eluemunor. 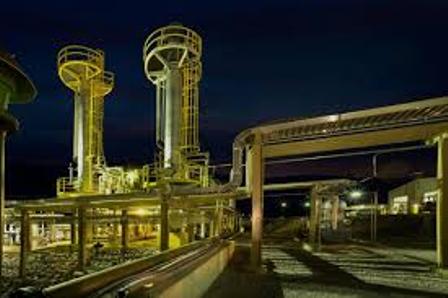