The member representing Aniocha-Oshimili in the Federal House of Representatives, Hon. (Mrs. Joan Mrakpor has alleged unaccredited persons may have voted in what she called the “inconclusive primary election primary election to pick the flag bearer of the Peoples Democratic Party (PDP)” for the general elections in 2019.

Mrs. Mrakpor made the submission in a statement issued on her behalf by her media aide Mr. Nduka Okonkwo and made available to banneronlinenews.com.

Discrepancies in vote tally and emerging proofs that unaccredited persons may have voted in the inconclusive primary election to pick a flag bearer in the Aniocha-Oshimili federal constituency for the Peoples Democratic Party (PDP) led to the stalemate.
The primary was between Hon. Onyemaechi Joan Mrakpor who is seeking to retain her seat in the House of Representatives and Hon. Ndudi Eleumelu launching a return bid to the House he left in 2015 after eight years to unsuccessfully seek the governorship of Delta State.
Indications that all was not straightforward with the voting was strengthened by new figures quoted by Elumelu where he claimed that he scored 254 votes to Mrakpor’s 242. The former lawmaker made the claim in his verified Facebook page and other media platforms.

The figure, however, contrasts with the result announced by the PDP returning officer on the October 3 election day where Elumelu was declared winner with 266 votes to Mrakpor’s 226 while Peter Onwusanya, the third candidate and former speaker of the Delta State House of Assembly, secured 13 votes with 18 votes classified as void.
Although the number of people on the official delegates lists was 509, the party later gave approval for one disabled person to be included from each of the four local governments in the constituency, bringing the number of the delegates to 513. At the end of the accreditation, however, 491 people were announced while a head count showed 506 present.
The different numbers were not resolved at the time voting was allowed to commence. However, the total votes that were said to have been declared at the state police headquarters, Asaba where Elumelu’s assumed votes were counted five hours after the disruption at the accredited venue of the election was 524, representing 18 votes over the number of accredited delegates.
Besides, of the 491 delegates officially accredited and the 506 announced by head count, it was learnt that seven were not present to vote at the primary. They include Chief Sunny Odogwu, a lifetime member of the Board of Trustees of PDP, Mr. Nweike Okpunor who had earlier defected to the All Progressives Congress (APC), Chief Theodora Giwa-Amu and Barr. Zeliwe Ojeogwu, among others.

The discrepancy thus increased the number of votes beyond the number of delegates present at the election to 25.
The discrepancy prompted the protest lodged with PDP’s appeal committee by Mrakpor which informed the decision to order a re-run of the primary. The re-run failed to hold ahead of the presidential primary in Port Harcourt.

As a result of the discrepancy in vote tally, some delegates at the primary had protested it’s conduct while the announcement of the result was yet to be concluded. Amidst the tension raised by the protest, the exercise was disrupted until five hours later when it was said the electoral umpires had announced Elumelu as the winner.

With the October 7 deadline by the Independent National Electoral Commission (INEC) for the conclusion of all primaries already elapsed, the PDP may have to fall back on the recommendation of the appeal panel that had invited all the parties to appear before it. Before the re-run was ordered, the panel had taken the submissions of the electoral umpires alongside Mrakpor and Elumelu.
Given that elections only hold after accreditation is concluded, the tally of votes that exceeded the number of those on the official accreditation list has raised eye brows on the integrity of the election.
The development has raised concern within the leadership of the party at state and national levels especially after all other primaries were adjudged to have been conducted within the framework of the guidelines and delegates lists issued by the party. Under the party’s constitution, where there is a stalemate as is presently the case, the NWC is empowered to take the final decision. 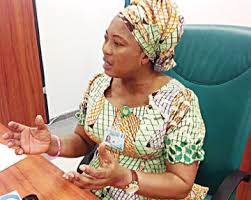