The 14th All Nigeria Editors’ Conference of the Nigerian Guild of Editors, tagged Asaba 2018, with the theme: “Credible Elections, sustainable democracy and the Nigerian media” ended with an eight-point communiqué.
The high profile five-day event in Asaba, the Delta state capital had in attendance the Vice President, Prof. Yemi Osinbajo, who declared the event opened, host Governor, Dr. Ifeanyi Okowa, veteran journalists, Mr. Ray Ekpu, Mr. Yakubu Mohammed, Dr. Tony Iredia, Prof. Innocent Okoye, and the representatives of governors from across the country.
In the communiqué signed by President of the Guild, Mrs. Funke Egbemode and Secretary, Victoria Ibanga, the Editors decried the intolerable level of insecurity in the country with a call of the Federal Government to do more than rhetoric in matters concerning the well being of citizens.
The communiqué states:
1. Commended the 91 political parties in the country for the maturity displayed during the party primaries of most of them but frowned at the allegations of vote buying which the editors observed was a subtle but worrisome way of institutionalising corruption.
2. Editors decried the level of insecurity in the country stressing that the nation deserves more than rhetoric and political slogans on issues of citizens’ welfare.
3. Editors commended the government and good people of Delta State for the rapid growth in infrastructure across the state as well as human capacity development.
4. The conference observed that elections in Nigeria are not built on truth and therefore urged the umpire, the Independent National Electoral Commission (INEC), to remain independent in its practice by allowing citizens’ votes to count; as such is cardinal to sustaining democracy.
5. Editors expressed the need for Nigerian journalists to intensify efforts that will deepen democracy through sustained investigative, balance and analytical reportage.
6. The conference challenged media practitioners to join in the mobilisation of Nigerians through unbiased reports to take collective responsibility in choosing leaders for the nation in the next general elections.
The Guild observed that the role of traditional media is being threatened with the emergence of the social media where balanced reporting, truth and accuracy are gradually and consistently being relegated. Editors at the end of deliberations agreed to defend the truth through professional practice.
7. Editors urged the publishers and chief executives of media establishments to play down on the commoditisation of information to enhance objectivity.
8. Editors called on politicians and security agencies not to intimidate electorates, but allow them to freely make their choices for democracy to thrive in Nigeria.
9. Politicians were advised to do away with the culture of winning at all cost and by all means in the forth-coming elections so as to avert electoral violence.
The Guild expressed its appreciation for the presence of the Vice President, Prof. Yemi Osinbajo at this year’s conference and thanked the host, Governor Ifeanyi Okowa for the support given to the Guild for a successful conference. 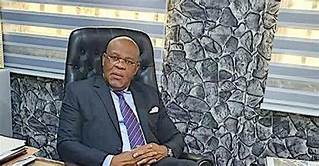 Ukah commended for contributions to Okpanam