President Muhammadu Buhari has been called upon to present his academic documents to the Independent National Electoral Commission (INEC) in obedience to the demands of the electoral process, and as a proof of his integrity.

The opposition Peoples Democratic Party (PDP) handed down the challenge to the President today, Friday, 26/10/2018 in a statement signed by the party’s National Publicity Secretary, Kola Ologbondiyan.

Below is the full text of the press statement:

The Peoples Democratic Party (PDP) charges President Muhammadu Buhari to show proof of his vaunted integrity by presenting his academic documents if he has any, to the Independent National Electoral Commission (INEC) and put to an end his certificate saga.
The PDP also urges President Buhari to fulfil his obligation like other Presidential candidates, instead of bugging the commission with affidavits.
The PDP said while its Presidential candidate, Atiku Abubakar, has submitted his educational and other relevant documents to INEC, President Buhari is rather seeking ways to short-circuit the system, instead of complying with set rules.
Indeed, a situation where President Buhari has been dodging the certificate issue raises huge questions of integrity, which demands that he makes available his credentials, or apologize to Nigerians, if he has none, so that the nation can move ahead.
President Buhari knows by now that Nigerians are no longer interested in his claims in an affidavit wherein he stated; “I am the above-named person and the deponent of this affidavit herein. All my academic qualification documents as filled in my Presidential form, APC/001/2015 are currently with the Secretary of the Military Board as of the time of this affidavit.”
PDP maintains that integrity strictly demands that President Buhari, particularly as the commander-in-chief, writes to the military authorities directing them to forward his claimed credentials to INEC, as requisite evidence of compliance with a key requirement for election into the Office of the President, under section 131 (d) of the 1999 Constitution (as amended).
That President Buhari and the previous INEC succeeded in circumventing the law in 2015 does not make such acceptable in our current electoral process.
Moreover, President Buhari and the All Progressives Congress (APC) must realize that even their followers, that were beguiled in 2015, are currently not prepared to accept ‘NEPA bill’ as WAEC certificate in the 2019 elections.
This is particularly as the certificate scandal contributes to the erosion of Mr. President’s rectitude to check the humongous corruption, ineptitude and recklessness among his officials which has brought the nation to its knees under his administration.
Furthermore, President Buhari’s failure to tidy up such grey areas also contributes to his inability to cultivate and earn the productive followership of the youth and the respect of the international community, resulting in retardation in national productivity and the dearth of international development partnership in the last three and half years.
This situation has even been worsened by the revelations that President Buhari’s ministers and aides parade forged certificates.
No country makes meaningful progress with persons with these educational pedigrees in its leadership.
The PDP, therefore, urges President Buhari to do the needful so as not to cause any frictions that will put INEC under further pressure ahead of the 2019 general elections.
Signed:
Kola Ologbondiyan
National Publicity Secretary 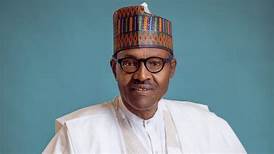 Delta Govt approves over N300m for students’ bursary, Igbodo-Obior, among roads to be remade