The Peoples Democratic Party (PDP) has alleged that the Presidency has directed the Economic and Financial Crimes Commission (EFCC) to incarcerate, indefinitely, the immediate past governor of Ekiti State, Mr. Ayodele Fayose.
In a statement issued Monday, 15/10/2018 in Abuja, the National Publicity Secretary, of the PDP, Mr. Kola Ologbondiyan, said information at the party’s disposal and all over the social media indicate that the Presidency has put the commission on alert to arrest the governor at midnight today and detain him indefinitely.
The alleged directive by the Presidency is not unconnected with the plot to use the EFCC and other security agencies to incarcerate the governor owing to his persistent criticism of the President Muhammadu Buhari-led APC government.
This uncompromising stands of the outgoing governor against the present administration was the reason Ekiti State was invaded and taken by force during the last governorship election.
By 12 midnight, the governor’s residence is expected to be surrounded by armed men of the EFCC under the pretense that they had information of his plot to escape. This is to achieve their plan to humiliate the governor and portray him in bad light to the public by dramatising his arrest.
Nigerians can recall that it was the governor who offered to submit himself to the EFCC despite the commission’s clear display of bias and partisanship as demonstrated in its various actions, especially its tweets and putting the governor on security watch-list.
The EFCC even unprofessionally showed its bias in deriding the governor, making light of a very serious matter by mocking him and asking him to come before his tenure elapsed, which the governor declined in line with the constitutional immunity.
It is now beyond dispute that Governor Fayose is not a scoundrel running away from justice. Whatever the EFCC, APC, and the Presidency’s spin-doctors may say, it is also clear to everyone that Fayose is not a coward; neither is he afraid of the EFCC.
Fayose is prepared and ready to defend himself in the court of law. Neither the Presidency nor EFCC is a court of law. Since the EFCC said it had dusted up Fayose’s files, it should be ready to take him to court once he presents him at the agency’s office on Tuesday.
Governor Fayose has offered to walk to the EFCC office by himself and nothing must happen to him tonight. The PDP condemns this resort to fascism by the APC government, saying the whole world should be at alert to see another demonstration of crude disrespect for the rule of law and rights of Nigerians. 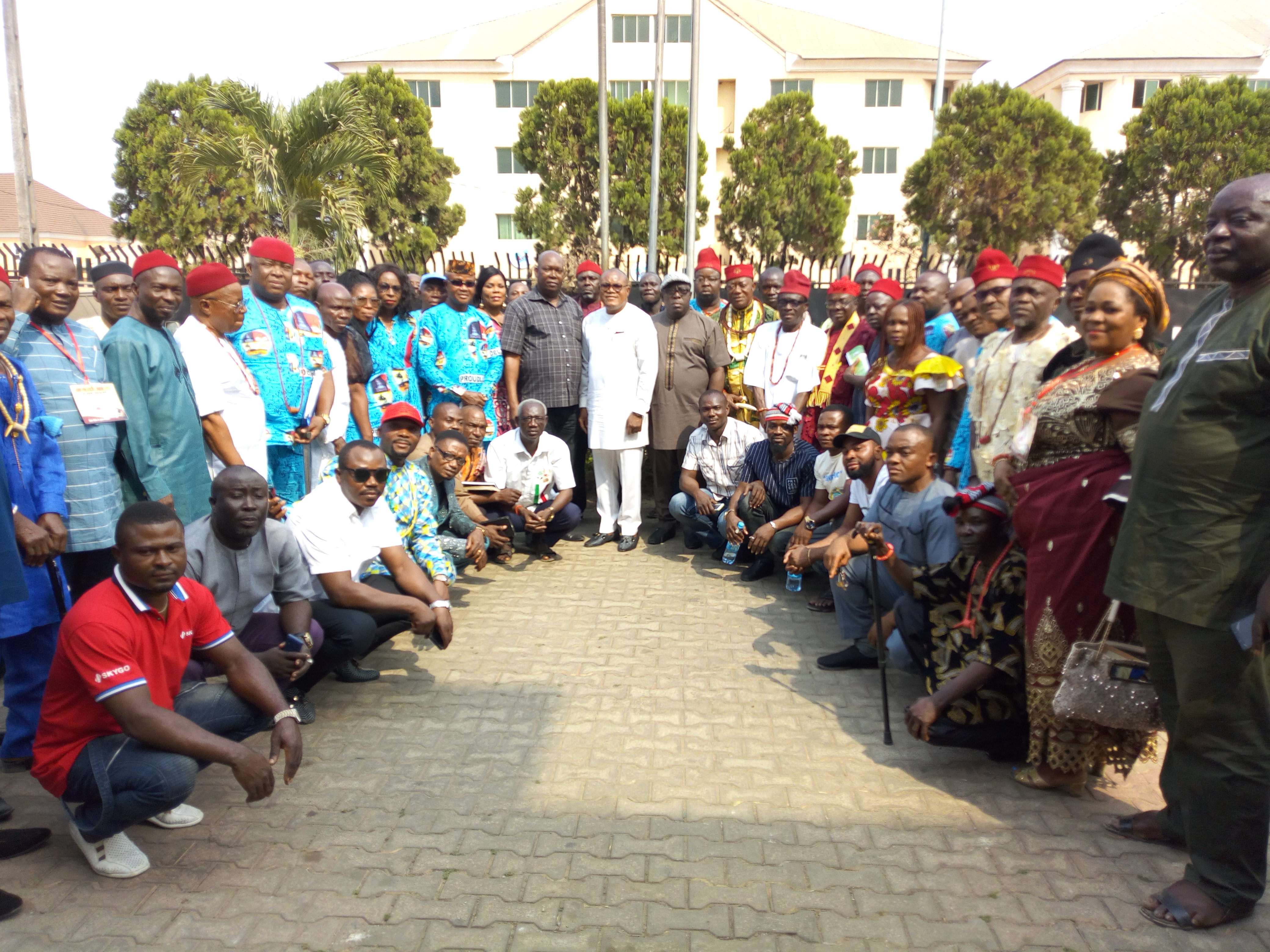 Delta to partner with non-indigenes for peace, economic growth