With the conclusion of the selection process of the Peoples Democratic Party (PDP) for 2019, we
can now look at their present standing statistically and assess their
numerical advantage as a political party going on the offensive
against the All Progressives Congress (APC).

Before now, despite the noticeable efforts by the likes of Sowore,
Moghalu, Durotoye, Ikubese among others, it was obvious that the
2019 presidential contest was going to be a battle between APC and
PDP.
The build for a boisterous campaign machinery is ultimately dependent
on proximity and access to the grassroots, unfortunately, none of them
Young Presidential aspirants stand a breathing chance against APC and
PDP machinery. In the exuberance of leading the Not Too Young To
Lead/Run, the barefaced reality of building structures was left
attended to. Therefore the resulting renewed contest of 2015 remains,
albeit with the uniqueness of swapped roles for both major parties.

The build-up to the emergence of candidates of APC and PDP, reveals a
lot about their values and consciousness. While we must come to terms
with the direness of this contest, let us also very much consider how
Atiku and Buhari emerged and what the statistics surrounding it says.

One of the good things the APC had brought to the system is an obvious
more sincere approach to governance, and if not for much, compare its
manner of selecting President Buhari to the one that produced Atiku.

Political parties are made by people but sustained through adequate
and effective management of structures. The essence of combining
people with structures is because, although structures are cogged
around individuals, such individuals only remain in prominence and
relevance via their ability to maintain that following.

Understudy the selection process for Buhari, one will see the linkage
and a pattern that serves him with a ready grassroots support structure.
The decision to adopt a direct Primaries process, aside from being a
calculative masterstroke for votes also affords the APC an
opportunity/avenue to ascertain its potential safe and strong numbers.
The preceding registration process began the whole people-oriented
idea and with the ratification at the Abuja Convention, it’s
performance in 2019 has been guaranteed to a large extent. The
projection of not less than 12 million votes, take this figure from
the 88 million voting strength from INEC Statistics. With APC controlling
22 states, the party is just a little shy of being sure of 25% votes
in 2/3 of the states of the Federation.
25% is one of the ways to win an election in Nigeria and perhaps if
the PDP had adopted a similar approach to its selection process we would
be talking of an inconclusive projection entering 2019.
From now till October end, if APC gets it right with it’s internal
conflict resolution, Then BUHARI RETURNS. 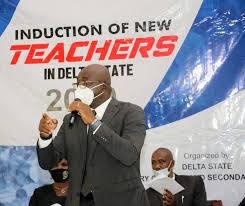