Foremost labour leader and former Secretary to Government of Delta State (SSG) Comrade Ovuozourie Macaulay says it is wrong for some people to encourage one party system in Nigeria.

Macaulay spoke while playing host to members of the 41st Senior Course of the Armed Forces Command and Staff College, Jaji, visiting Delta State on a study tour.

one-partyout that the independence of Nigeria’s electioneering institution is the first step to a healthy society, he condemned actions by some national stakeholders tilted towards encouraging one party system in Nigeria.

He warned that any idea geared at tilting Nigeria towards a one party state will be detrimental to democracy and general sanity of its systems.

He said: “In less than three months from now, the voting process will begin, we all have a responsibility. This is the first time our nascent democracy has lasted for almost 20 years. For every election we have fresh challenges. We must stand firm in stressing the need for the independence of our electoral institutions.”

, “We are Nigerians and this is the only country we can call our own. Let’s do everything to protect the integrity of our country.”

He commended the officers for their efforts so far in protecting Nigeria, underscoring, however, the need for them to be more cohesive in their approach for a better Nigeria.

In his response, the Deputy Commandant of the College, Rear Admiral Dick Tariworo, accompanied by Director, Joint Studies, Brigadier General Felix Edafioghor, commended Macaulay for being frank enough in stating his position.

He said the college is a training ground for leadership hence its products cannot afford to let the country down. 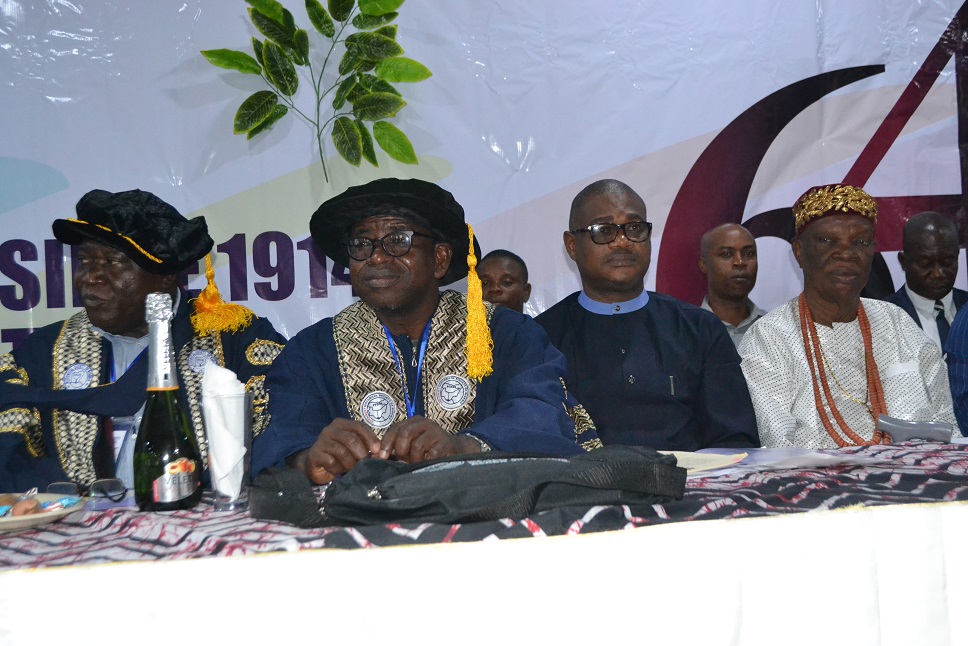 Encourage your children to go into agriculture, Okowa urges parents at harvest of fish of CBN sponsored progeramme

OPINION: DISCOS and tantrums of an ‘Abiku’