Home Crime ELOZINO: We all killed her

Yes, we are all guilty of her gruesome murder in one way or the other. The outcry, calls for justice are all in order but after a while, we forget. How long ago was Cynthia Osokogu’s?

Why won’t the Yahoo boys continue when we hail them as “illustrious” sons. Why won’t the “G-boys” go on the rampage when we promote them?

We have all in one way or another encouraged what’s happening. Imagine a landlord giving out an apartment of over 700k to a young man of 21 who has no physical means of survival. Who with his friends, drive the latest models of Lexus, Mercedes, Range Rover and stays indoors most of the day, goes out around 6 pm and comes back by 2 am. In Asaba! And you tell me he isn’t complicit? Who are the neighbours of these people?

These are no children of Dangote, Warren Buffet or Ophrah Winfrey. They are not even related to our own Jagaban or Dantata. Yet they are given apartments without questions and hailed.

Why won’t the G-boys be emboldened when even with very high fees, pupils are told to fast to pass exams instead of being told to study hard. And parents agree with this! In schools in Asaba. I don’t know if anyone knows the import of this. The children are already being indoctrinated. Being sold the belief that everything will be solved spiritually without hard work. Tomorrow, they take it a notch higher and you won’t be there to guide against the negatives.

Do you know that even educated parents agree to this and even aid their children to fast to pass exams instead of revising with them? Tomorrow, one native doctor will tell them you’re the cause of their problem, and you must die for them to “progress” even when you prepared them to be indolent.

Why won’t there be money rituals and Yahoo boys when as a parent, all you do is compare your own hardworking children with those flashing their ill-gotten wealth? When you are never satisfied with the genuine efforts of your children? When you never bother to check the bags of your child as he goes and comes from school? When your child can easily wear a shirt you know you never bought and you won’t ask questions? Behold your G-boys!

There may be more of Elozinos if our religious leaders continue to fail in guiding us rightly. If they continue to be vainglorious, more of this will continue.

Why won’t the Yahoo boys be out there when instead of encouraging people to have something doing no matter how small, all you do is tell them to sow seeds, come to church 20times in a week when they are supposed to be eking out their livings, follow you about speaking in tongues while you feed them fake stories of brothers John and James who got jobs they never applied for, got official vehicles, fat salaries, domestic staff and overseas training. When all you’re interested in is competition with other churches and MOGs on whose achievements are bigger instead of empowering your members.

Why won’t there be Yahoo boys and Elozinos when you as a politician keep stealing yourself blind, looting the common treasury. When you Mr Leader sends these boys to kill for you because one Prophet, Afa or Baba-alawo said you must do one sacrifice to win an election. Are you aware that you’re also negatively grooming these young ones?

Why won’t there be ritual killings when a politician may be the one to make the call that will release these suspects as soon as we keep quiet?.

Why won’t more boys join the G-boys when they get harassed by some security operatives for having a towel around their necks as they trek and sweat while their mates in undeserving posh cars are smiled at and told to ‘carry-go’ by the same officials? Why won’t they join the gang when they are constantly arrested for drinking and smoking in frustration when the real bad boys who may probably have human parts with them are given easy ways?

Have the media given the ritual killings enough attention? Has anybody taken time to investigate a suspected Yahoo boy? We don’t have time for that. It’s Buhari versus Atiku.

We killed Elozino and others with our complacency, carelessness, greed, corruption, overzealousness, deceit etc. It’s not too late though. We can repent today and save other Elozinos who could be our fathers, mothers, daughters, sons, friends and colleagues.

May her soul rest in peace.

• Ifeoma Uba, a journalist contributed this piece from Asaba.

APC loss, PDP’s gain: Adingupu, Major Okafor, supporters dump APC in a barnstorm; Nobody can pitch me against my predecessors, says Okowa 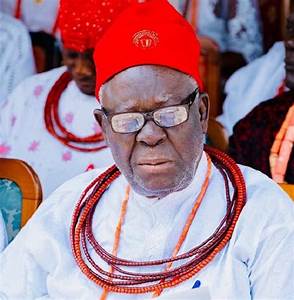