By Martins Odeh
The Federal High Court on Wednesday, 14/11/2018 in Abuja varied the bail conditions upon which the leader of the proscribed Indigenous People of Biafra, Nnamdi Kanu was admitted.
Justice Binta Nyako made the variation in a ruling on the conditions of the bail she had granted Kanu in April 2017.
Nyako therefore held that the three sureties, including Sen. Eyinnaya Abaribe, were compelled to within two months, pay N100 million each for their inability to produce the missing IPOB leader.
The three sureties had been made to sign a bail bond of N100 million each, which was backed by their landed assets whose documents were deposited in court.
The judge said with this amendment, the sureties were now required to deposit cash of N100 million into the court’s bank account.
“The order directing the sureties to pay the money is an order of interim forfeiture’’, she said.
The sureties had argued that Kanu’s disappearance was not unconnected with the invasion of his home by the military and not orchestrated by them.
The military had in a special operation clashed with IPOB members in Afara-Ukwu, Umuahia, in Abia State, on Sept. 14, 2017 leading to Kanu’s escape from the country.
The News Agency of Nigeria (NAN) recalls that Kanu and three others are being tried on charges of treasonable felony. 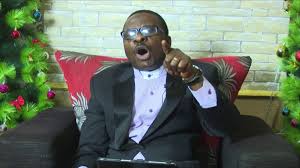 TRIBUTE – A celebration of Lateef Kayode Jakande: Your past and impact would speak...