The Delta State Police Command, in conjunction with the Delta State Government, has promised to give a handsome reward to any person or group of persons whose information will lead to the arrest of persons connected to any of the attacks on Police Officers and recovery of the stolen service weapons.
The Command announced in a statement signed by its Police Public Relations Officer (PPRO), DSP Andrew Aniamaka stated that the above promise comes against the backdrop of the recent attacks on Police officers while on their duty posts across the State, oftentimes, leading to loss of lives and injury to the officers and men involved and loss of arms and ammunitions.
While appealing to the public for credible and prompt information, the Command, however, reassures that it will continually do its utmost best towards ensuring the safety and security of all Deltans at all times. 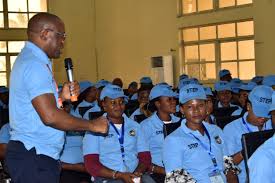 PERSPECTIVE – The science of surrender