By Edeki Igafe
No fewer than eight persons allegedly died today, Saturday, 29/12/2018 in an accident that involved two vehicles in Warri, Delta State.
Eyewitness account said the two vehicles which included a Sports Utility Vehicle (SUV) and a commercial bus rammed each other and plunged into a river along the ever busy NPA Expressway in Warri.
The source explained that the two vehicles were on the same lane of the dual carriageway around the Ekpan community axis of the expressway.
According to the source, the commercial bus was parking on the side of the road to pick a passenger when the SUV allegedly rammed into it and both plunged into the river with the eight persons on board.
“The bus was picking a passenger around that spot when the Jeep (SUV) on high speed ran into it and pushed the bus and itself into the river.
“Eight bodies were recovered from the wreckage inside the water.
“It took the intervention of sympathisers as well as men of the Nigeria Police Force, Ekpan Divisional Headquarters to recover the corpses and evacuate the vehicles from the scene of the incident,” the eyewitness said.
However, the Police Public Relations Officer (PPRO), Delta Command, Mr Andrew Aniamaka, when contacted said though he was yet to get an official report on the accident, he had been informed about it.
“Yes, I have heard about it, but I am yet to get a situation report from the new Ekpan DPO. I will get back to you later,” he said. (NAN 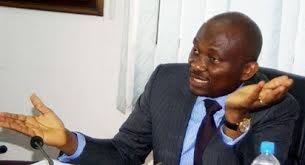 OPINION – Okowa: A voice in the wilderness