By Chukwudi Abiandu
With a unanimous voice vote today, Saturday, January 12, 2019, stakeholders expressed their commitment to the re-election of Governor Ifeanyi Okowa of Delta state for the second term.
The expression of commitment formed part of the resolutions of a communiqué adopted when Prince Ned Nwoko in collaboration with the office of the Senior Political Adviser to the governor launched “Operation Let’s Return Okowa 2019,” at a stakeholders’ meeting with the leadership of Focus groups and non-indigenes at Mount Ned country Resort, Idumuje-Ugboko.
The no fewer than 40 focus and non-indigene groups, cutting across all segments of the social strata including, labour, artisans, the professions, the physically challenged, among others that attended the event also resolved following the sterling performance of Governor Okowa in the bodies also resolved to return the Peoples Democratic Party (PDP) to government.
Besides, the bodies also realized that by way of equity that Governor Okowa must complete his second term as governor, just the same way that his predecessors from Delta Central and Delta South had and completed their second terms.
Speaking on why he decided to launch the “Operation Let’s Return Okowa 2019,” the Rt. Hon. Nwoko said he has found Okowa to be sincere in his dealings with his people, so I felt that I have an obligation to support his return for the second term.
He observed that for too long emphasis is placed in Nigeria on party politics, which is why the people feel that they are not in the system. “My mission is to change all that. I decided that all the groups will enter a social contract with the governor. And a Ministry will be created that will cater for all the groups; the government is not only about political party. It is time for the government to involve the people in governance. I believe that Okowa as a governor will do this. If he will not do it, I will not be standing here with you,” Nwoko said.
Declaring that the groups should set up leadership that will articulate the interests of the groups across the social strata in the state, Prince Nwoko said: “I will lead you to speak for the interest of the masses for the government to take action. I don’t want anybody to feel that they will use you and dump you. I don’t like the kind of politics that we play in this country.”
He recalled that in the 2015 elections he was with Chief Great Ogboru contesting against Dr. Emmanuel Uduaghan and Okowa, pointing out that “I am in this divide today; Okowa is a good person,” he said.
He continued: “The second reason why I am doing this is because I believe in equity and justice. The Central Senatorial District and South have had their turns at the helms in governance, it is only fair and equitable that Delta North should have its own turn as other senatorial districts have had.”
Committing himself to the social contract that he vowed to propose to the government, Nwoko said: “I want you to hold me responsible for this social contract that we are trying to put in place in the interest of the interest of the people.
“ I am not looking at Okowa or the PDP to give us money to do what we want to do, but I will fund it with my money. I want you to go with this understanding that whatever the leadership of this group will come out with as budget, I will provide the money.
“Please let today be the beginning of the massive campaign by the people of Delta State for the re-election of Dr. Ifeanyi Okowa for second term,” Prince Ned Nwoko declared.
With a loud ovation, the congregation said that Nwoko is not just the Prince of Anioma but the Prince of Delta State, even as speaker after speaker who represented the various groups commended his sincere and kind-heartedness. They all pledged to work for Okowa’s return because he has done very well to return for continuity.
Someone said: “ The opposition parties will not oppose what is good. Okowa is good. That goes to show that Okowa is already elected. What we are doing here is a celebration of Okowa’s second term victory. 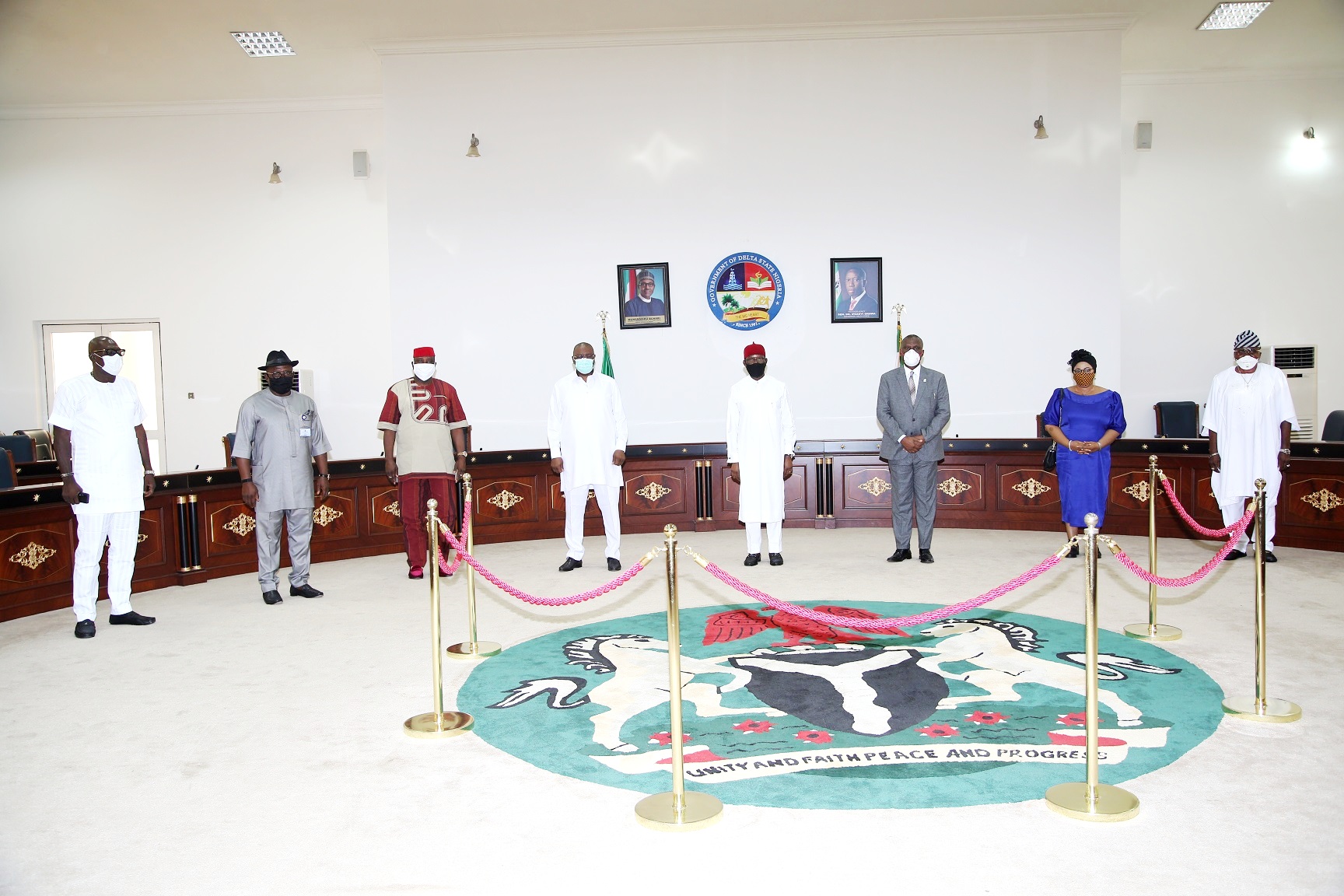