Political parties today, Thursday, January 10, 2019 in Asaba asked that the police must not only be neutral but must be seen to be neutral during the forthcoming elections.
This Delta State Chairman of the Peoples Democratic Party (PDP), Barrister Kingsley Esiso made the submission while speaking to journalists at the state office of the Independent National Electoral Commission (INEC) at the Signing of Peace Pact by governorship candidates of all political parties in Delta State.
Answering a reporter’s question, Esiso acknowledged that the issue of security and an atmosphere of peace was very importana peaceful, credible electionn, but expressed reservation about the attitude of the police during elections, and he said: “The police must not only be neutral but must be seen to be neutral. We want a peaceful, credible elections.”
At the event tagged “Inter Agency Consultative Committee on Election Security, the Acting administrative Secretary of INEC , in Delta State, Mr. F.A. Enabor announced that there49 political parties are participating in the governorship election in Delta State, but that the final list of those qualified to contest will be made public by the Commission on January 17th, 2019 for the presidential election, while the governorship election will be released on January 31st, 2019.
“A total number of 2,823,161 persons were registered by the Commission in Delta State. The PVCs have been printed. Collection of PVCs is presently on going, although the statistics for the collection of PVCs is not encouraging in Delta State. The number of PVCs yet to be collected are 465,317, Mr. Enabor disclosed.
While enjoining the party leaders to encourage their followers to collect their PVCs so that they can vote, he said that the signing of the peace accord by the political parties and their governorship candidates for the 2019 general elections was necessary to help foster peace during the election in the course of this meeting.
Enabor said: “The importance of a security meeting like this at such a crucial time, as we have on our hands cannot be over emphasized. This is because elections can only take place in a secure environment. Even the political gladiators can only rule and bring development to the society where violence and rancour are absent. No matter the good plans you stakeholders have for the state, rancour can derail their manifestation in one way or the other. That is why this kind of meeting is imperative especially as the General Elections are just a few weeks away.
“We as a Commission hereby assure all contestants of our neutrality and we promise that you all will enjoy a level playing field before, during and after the elections. Our goal is to deliver a free, fair, credible and conclusive election. However, the enabling environment must be given to the Commission to do its work properly and serve you well,”
At the meeting, Governor Ifeanyi Okowa was represented by the Deputy Governor Barrister Kingsley Otuaro and also present were the representatives of the military, police, Navy, among other security agencies. 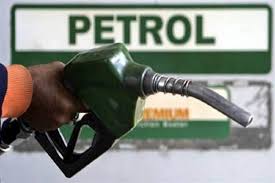 Don’t be arrogant, Okowa urges those in authority