Home Features Opinion 2019 Election: Why would anyone vote for President Buhari? 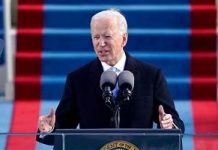 Obiano’s aide to Ojukwu jnr: Be responsible in your utterance

Kukah’s statement to the House Foreign Affairs Committee on the Nigerian situation on the...