Citing workers-friendly posture of his administration, local government workers under the aegis of the Nigerian Union of Local Government Employees (NULGE) today (02/02/19), endorsed the Governor of Delta State, Senator Ifeanyi Okowa for second term in office at a rally where the governor stated that for Nigeria to work, capable people should be voted into office.
At a the held in Asaba, Governor Okowa thanked members of NULGE for recognising his efforts to create a better environment for the workers.
The governor said, “the ability to make the right choice will make the state and our nation grow, in the coming days, we will have the options to choose who leads us, we should make the right choice.”
“I, on behalf of members of my team, the entire Deltans who are working to make our state better, I thank NULGE for choosing me as their governorship candidate in the forthcoming elections, we are also, grateful to other unions for partnering with us; together, we were able to come out from the difficult position we where as a state to where we are now,” Governor Okowa stated.
He continued, “As a former Secretary to the local government council and former Council Chairman, I will remain a member of NULGE, I will ever remain grateful to God for giving me the local government platform to start my political career; this rally to endorse my candidature is not unusual of NULGE; in 2015, you gathered to support me and today, you are repeating the same feat; I thank you for being able to make the right choice.
“I will continue to ensure that salary is on the first line for payment; as it concerns the issue of minimum wage, I personally believe that workers deserve a true wage because, where you work, at the end of the month, you should be able to feed your family and I want to thank the House of Representatives for approving the minimum wage and I believe the Senate should do the same,” the governor stated amidst chant of “Okowa dey work, we dey see am” by the workers.
He urged members of NULGE to tell their neighbours and all Deltans the need to vote for him and candidates of the PDP saying, “please, go on and convince more people on why it is right to vote Governor Okowa back to the office; I believe that with the several thousands of workers and the several thousands of teachers we have, I believe no one will beat us because my Bible tells me that If God is for us, no one can be against us; don’t be afraid, no one can rig the election, we are in majority, after voting, stay behind and ensure the votes are recorded, protect your votes; we shall all rejoice at the end of the elections and after the swearing-in on May 29, there will be thanksgiving and praise concert.”
National President of NULGE, Comrade Ibrahim Khaleel, described Governor Okowa as a great friend of workers who will remain so for the eight years that he will be Governor, asserting, “NULGE is coming in full force to support Governor Okowa second term bid; you (Governor Okowa) supported us in our critical moments, when other states were busy sacking local government workers during the critical times in the nation, you were promoting local government staff.”
President of the state chapter of NULGE, Comrade Ziko Ukwudi had in his speech at tge rally, said, “we are gathered here to appreciate you, our dear Governor, you paid the backlog of salary arrears of local government staff, you solved the challenges you inherited, local government workers are in support of you re-election bid, your humility has endeared you to local government workers.”
Former President of NULGE in the state, Comrade Olumami Oyibo disclosed that workers in the state were working for the second term bid of the governor based on the success stories of his administration and for the sake of equity in rotation of political offices in the state.
High point of the occasion was the presentation of “Most Workers-friendly Award” to the governor by NULGE. 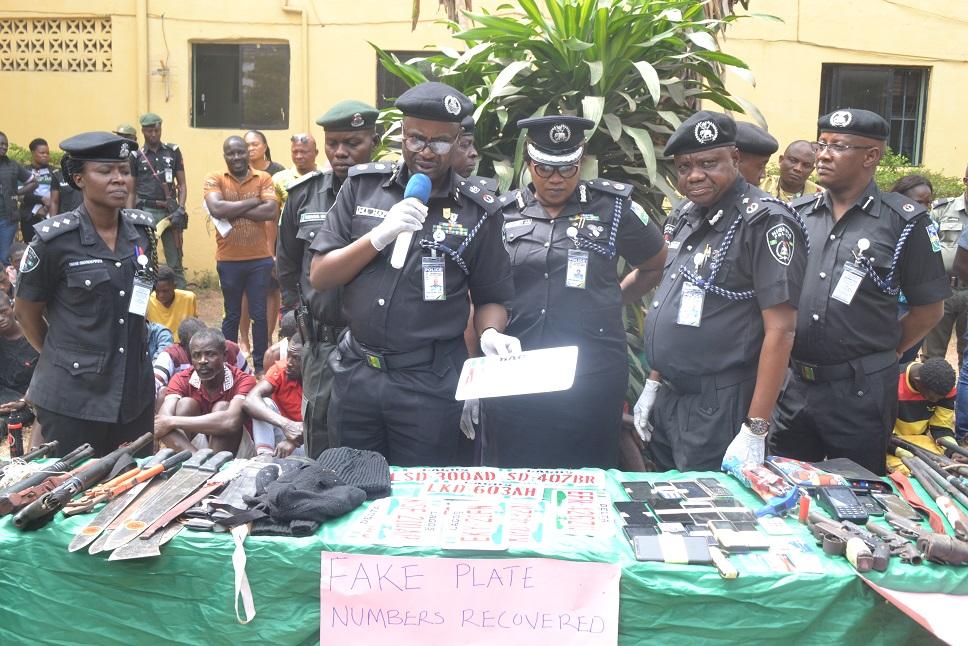 Nwaoboshi debunks EFCC allegation, says ‘I can’t be silenced even in jail’

Delta NUJ to Okowa: Give dedicated attention to Okpanam Road, let competent contractor do the job