Prosecution and defence witnesses who testify in courts may now be remunerated for expenses, known as witness claims, as provided by the Delta State Administration of Criminal Justice Law 2017.
The Delta State Chief Judge, Justice Marshal Umukoro dropped the hint when he played host to the executive and senior members of the Law Officers Association of Nigeria (LOAN), Delta State Chapter in Asaba.
Section 251 of the Law provides: “Where a person attends court as a state witness, the witness shall be entitled to payment of such reasonable expenses as may be prescribed. “
While section 252 states: “Where a person attends court as a witness to give evidence for the defence, the court may in its discretion on application, order payment by the registrar to such witness of court such sum of money, as it may deem reasonable and sufficient to compensate the witness for expenses he reasonably incurred in attending the court.”
Justice Umukoro who asserted that the witness claims was discontinued due to abuse by magistrates and registrars in the past, disclosed that the Judiciary, Ministry of Justice and other relevant stakeholders were synergizing to reactive the facility in line with the Administration of Criminal Justice Law but cautioned state counsel not to abuse it when it comes on stream.
On the appointment of state counsel to the Bench, the Chief Judge challenged them to maintain high integrity, positive public image, stressing that the whole gamut of the character of aspiring judges would be put into consideration before the appointment.
While congratulating them for their election, Justice Umukoro urged state counsel to be courageous while writing legal opinions, especially where the facts of a case did not disclose any crime.
Earlier, the executive and senior members of the Law Officers of Nigeria (LOAN), led by its chairman, Thomas Anigara, said that they came to commend the chief judge for the speedy construction work going on at the new High Court Complex, and equally appreciate him for appointing one of theirs as a Revenue Court Judge.
They appealed to the chief judge to consider more of them in future appointments, opining that they were equally doing well as ministers in the temple of justice.
While soliciting his fatherly advice as the number one judicial officer in the state, the members urged him to facilitate the implementation of sections 251 and 252 of the Delta State Administration of Criminal Justice Law 2017, which provides for payment of witness claim by the judiciary. 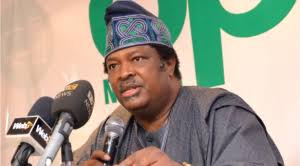