Ubulu Support Group, a platform for the towns and communities that comprise Ubulu clan in Aniocha South local government area of Delta State, has congratulated His Excellency, Sen. Ifeanyi Arthur Okowa, governor of Delta State, on his re-election at the end of the March 9 gubernatorial election.
In a goodwill message to the governor signed by Sir Byron Unini, convener of the group, the clan expressed satisfaction with the conduct of the poll and the role played by Ubulu Clan which includes Ubulu-Uku, Ubulu-Unor, Ubulu-Okiti and other communities in Aniocha South towards the successful re-election of the governor.
Unini stated: “We are glad that our efforts contributed in ensuring that Ubulu Clan voted massively for the governor. Our joy is not just that our governor won convincingly but also by the fact that the election was rancour and violence-free. Our people have a lot to be grateful to Dr. Okowa for what he did in his first term that is just winding down and we are convinced he will do more in his second term.
“From education to roads and youth empowerment, every part of Ubulu clan has been touched by Okowa’s SMART agenda. As our son who we have every reason to be proud of, Ubulu Clan discharged its duty to re-elect him.”
He said a skill acquisition centre built at Ubulu Primary School by Governor Okowa has been fully equipped, furnished and has begun academic programmes where young men and women from the clan are now receiving intensive training on special skills in preparation for them to become self-employed and employers of labour.
Unini explained that Ubulu Support Group was established to:
• Mobilise the clan on the need to enhance the participation of its sons and daughters in the political process;
• Provide a united political platform for the clan and
• Ensuring the development of the clan under the Okowa administration.
He pledged the continued cooperation of the clan with the Okowa administration as he begins his second term on May 29. 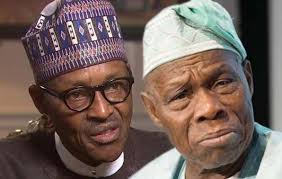