The Nigeria Union of Journalists (NUJ) Delta State Council has expressed concern over the numerous road blocks erected by men of the Nigeria Police, which it said gives wrong impression about the safety and security in the state to visitors and investors.

The Council in a statement signed by the Chairman, Comrade Mike Ikeogwu and Secretary, Comrade Churchill Oyowe raised alarm, calling attention to the return of roadblocks mounted in Delta State by officers of the Nigeria Police Force, with a call on the Inspector General of Police (IGP), Mr Mohammad Abubakar Adamu, to explain if Delta State is exempted from the ban of roadblocks on Nigerian highways.

The Council in condemning the trend as ugly, wondered if the ban on road block by the Inspector Geneŕal of Police (IGP) exempted Delta State, stressing that the situation showcases the state as unsafe to visitors and would be investors.

It described the roadblocks as instruments of extortion and harassment, adding that the practice had subjected Deltans and motorists plying the roads in Delta State to untold hardship, intimidation and unwarranted delays, sometimes arrest.

The Council, in the statement accused the policè personnel on patrol of operating under the guise of staging nipping points for routine checks to mount roadblocks.

The Council declared: “We are at a crossroad as to whether Delta State is exempted from the ban on road blocks. We cannot see why the police personnel under Delta Command will flagrantly flout the order of the IGP pretending to be staging nipping points for routine checks whereas what we see on ground are full blown roadblocks for distorting smooth flow of traffic, intimidation, extortion and unwarranted arrests. the statement said.

“A journey from Warri to Agbor alone has over 10 roadblocks. What are they all checking? It is uncalled for, they should fashion out better ways to track down criminals rather than subject innocent people to untold hardship continuously.

“It is worrisome to say that police in Delta State now carry lower denominations of our currency to make change handy at checkpoints to facilitate the illegal acts and any attempt by motorists to disobey parting with stipulated amount, usually attracts intimidation, harassment, undue delay and possible arrest. This act also takes place in the capital city of Asaba where the Police Headquarters is situated” the statement declared.

The council called on the State Commissioner of Police to put his officers on patrol in check before the trend snowballs into a crisis situation. 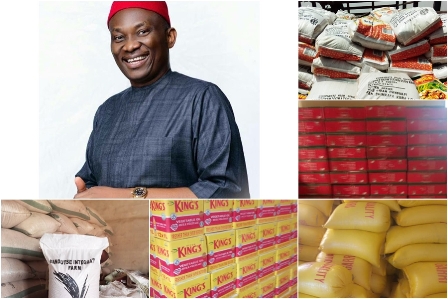 Buhari in Dubai for AIM