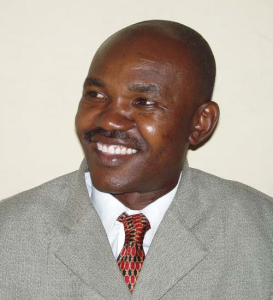 The philosophical novel, Ambiguous Adventure by Cheikh Hamidou Kane, a Senegalese, condemned colonialism thus: “The morning of the Occident in Africa was couched in crimson for those who landed on our shores were white and mad”.

This leads to an intriguing aspects of the Ekumeku war, waged by the Anioma people against the British for 31 long years; 1883 -1914. How did a people of different towns that were not under an empire, lacking in good road networks, totally outmatched by the British decide to fight the imperialists, not at the dawn of British rule in Nigeria but in the high noon of British hegemony when the fame of their nasty guns always went ahead of them?

Please, we need to put this in its true perspective; by 1883, the British interests in Nigeria was fast turning from trade and religion  to direct political subjugation through bringing the various Nigerian nations, empires and City States, into a British protectorate, a political colony. By this time too, British atrocities in Nigeria increased tremendously as befits masters in a master and slave relationship and the fiercely proud and independent Anioma people fought back. They were the first in Africa to so do.

In a letter of 1st July 1883 Lt Col Nicolls wrote to one Mr. Hay of the Royal Society of England: “I have again been very much annoyed by the new men pouring in here from the palm oil ships…some of whom are the most degraded and infamous men I have met with in all my long service. I have instances on record of their firing into villages on the coast and killing harmless inhabitants, to punish one offending person whom their base transactions corrupted”.

Please, did you notice one important phrase in that last sentence, BASE TRANSACTIONS?

The trade by batter between Nigerians and the British though never fair worsened by 1862 as Britain had consolidated political power as it brought various peoples under its Protectorate and British traders became emboldened by the presence of formidable British fire-power along the entire West Coast and commercial transactions became for the whites pure brigandage. For instance, from British records came this: goods invoiced at Lokoja prices fetched double or triple their prices downstream. Thus, cotton blanket, which sold for 3/6d (three shillings and six pence) fetched 12/6d in the hinterlands. St. Lag cloth invoiced at 16/0d sold for £2 or 40 shillings. Blue Cotton, invoiced at 3/9d went for 12/6d.

By 1878, the Anioma people (today, nine Delta North LGAs from Asaba to Agbor and Kwale) could no longer stand the open robbery misnamed as free trade and Asaba people simply refused to buy from, or sell to, Europeans.

This trade boycott was a terrible blow to the British for Asaba was by this time the commercial and political headquarters of British rule. Captain William Allen and T.R. H Thompson wrote on 31st August 1841, on the importance of the Asaba market: “At Asaba, the natives of Benin come to trade by land, they have no canoes. The Eggarah people bring their produce of the interior. Those from Aboh bring European goods, when they have them, or salt. The dry land people (from the hilly land behind Adamugu or Damoogoo or Abele bring horses”. That trade boycott of 1878 made the British traders to team up to form the United African Company.

Earlier in 1882, Ase (Asaba-Ase, near present day Ashaka and Patani (both in Delta state), had been bombarded because a few individuals were suspected of stealing goods belonging to the British. Even Asaba itself was so thrashed that it never could join in the Ekumeku resistance.

Apart from unfair trade, the Anioma people resisted their being forced to be beasts of burden to carry goods for the Whites or even transport whites who would sit snugly on hammocks. Precisely in 1888, some Asaba people on such a forced march as beasts of burden to Ibusa stopped half way and refused to go any further. The first “native” to complain was shot immediately as a lesson to others. British forces perpetrated genocide against Ilah people and Aboh people suffered the same fate as punishment for the death of one Mr. Carr, a member of the 1841 expedition who got drowned while on a solitary trip – against expert advice.

What ensued, the Ekumeku war itself, has been a frequently retold shallow tale; every village claims that it fought the last and the toughest battle against the British because the revolution was individually organized by various communities. This was how the St. Anthony’s College, Ubulu-Uku Whatsap forum discussed the war last week because the school was briefly renamed Ekumeku Grammar School. Before Ubulu-Uku fell by November 5th, 1909 Chief Igbukwu Mordi had brought home the head of a Whiteman who was attacking Ubulu-Uku through the bush from Ubulu-Okiti. His fellow town’ s man Idegwu Ajootokpor (terrible weed), was also a fierce Ekumeku war hero. The Obi of Ogwashi-Uku first took refuge at Ubulu-Uku when the British sacked his town and later hid at Olor, but no student of the school that was named after the revolution knew of such.

In 1902, the people changed from individual and direct confrontation with the British forces to guerrilla warfare. In 1911, the Ekumeku forces were largely defeated but the insurgency lasted till 1914.

Ogwashi-Uku’s fall in 1911, paralysed the revolution; some three hundred warriors, were arrested, tried, and jailed at Calabar. Among them were Chief Ijeh from Issele-Uku and Chief Ibe from Ugbodu. Others were chiefs Mordi, Odum, Nwajido and Banoba of Idumuje-Unor – heroes all. Those who collaborated with the colonialists were, however, richly rewarded with appointive posts in the British colonial administration. The kingship tussle that has wracked Ogwashi-Uku till today started when the British dethroned the intransigent king of that time and appointed a collaborator from the Okonjo family.

In the colonial era, the Anioma area was part of the defunct Asaba and Aboh Divisions of Western Region. The British called it the Western Igboland ostensibly to differentiate it from the Igbo East of the River Niger.  The uprising of the “league of young men,” the “Otu Ikolobia”, in various villages formed the Ekumeku secret organization organized around prominent chiefs such as Dunkwu, Elumelu, Obiora, Idegwu, Chiejina, Ikemefuna, of Onicha-Olona, and Elikwu, Ofogu, Umejei, and Uwechua of Ibusa. Others were Awunor Ugbo and Obi of Akumazi. Obi of Ubulu-Uku, Nkwo and Mordi of Ubulu-Uku, Onwudiaju of Issele-Azagba and Nzekwe,  Nwabuzo Iyogolo of Ogwuashi-Uku and the Obi of Ubulu. Only members knew how it was organized and where it’s operational bases were at Ogwuashi-Uku, Issele-Uku, Onicha-Olona, Ubulu-Uku, and Ezi, where it fought its fiercest battles with the British forces. The Ekumeku resistance movement existed in many towns in the Asaba hinterland and neighbouring Afemai, except Asaba itself.

It attacked mission stations and colonial government institutions, and their military exploits extended to the neighbouring Ishan people, who collaborated with the Ekumeku warriors by sending reinforcements for the struggle.  The constabulary force that attacked Ibusa in January 1898 under Major Arthur Festing comprised 202 African soldiers, 134 carriers, and 8 European officers. In that first battle of the war Ibusa killed some white officers and emboldened the other villages. Subsequent attacks led by Captain Burdon, on Idumuje-Ugboko, Idumuje-Unor, Akwuku-Igbo, Atuma, Ebu, Ukala-Okpunor and other proximate communities in 1898, had seven British soldiers, 160 African soldiers, four non-commissioned European officers, a medical officer, and many carriers.

A Briton, Talbot captured the Ekumeku warriors’ gallantry and heroism: “The dogged resistance of Ekumeku made it to be the stoutest warriors in the course of the British occupation of Nigeria area.” The resistance movement inspired the Aro and the Ijebu in Eastern and Western Nigeria and the Mau Mau of Kenya, to later resist the British. 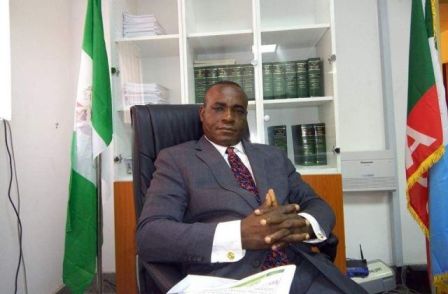