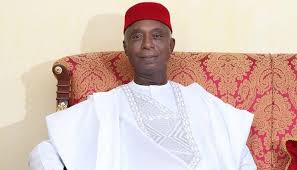 Former member of the House of Representatives, and Senator-elect as declared by a federal High Court, Prince Ned Nwoko has expressed happiness with the development of Anioma and commended the transformation of the Idumuje axis of Delta State with network of roads by Governor Ifeanyi Okowa, even as he expressed optimism that the government would be more impactful in the next four years.

The renown philanthropic made the submission at a function where the Idumuje-Unor community of Delta state stood in glory at Easter for their illustrious son and other eminent persons witnessed a memorable unveiling the first phase of an ultra modern roundabout.

Represented at the event by his Director of Media and Public communication, Comrade Norbert Chiazor,  Prince  Nwoko, said it was a pleasant homecoming to his kindred, and recalled with nostalgia the historical bond between Idumuje unor and Idumuje -Ugboko as twin communities.

Nwoko, a prince of Idumuje ugboko kingdom was effusive with praise for the people of Idumuje unor who, he declared had been exemplary in community development driven by self help.

The globally acclaimed lawyer and billionaire with a passion for public charities pledged support to the urbanization of Idumuje unor, especially the completion of the roundabout project.

He noted that the transformation of Idumuje axis particularly with network of roads by the administration of  Governor Ifeanyi Okowa and expressed optimism that the government would be more impactful in the next four years.

The former member of the House of Representatives who championed the re- election of the governor under the mass movement “Operation Return Okowa 2019” said a legacy of rural integration should be the priority of government as home is the fundamental root of development.

He said he was elated with the rising status of the community and paid tribute to the Obi of Idumuje Unor, HRM Charles Chukwunweike Anyasi 111 for enthroning a dawn of unprecedented peace and prosperity.

He also gave thanks to the law maker representing Aniocha North at the state House of Assembly, Hon. Emeka Nwaobi , the chairman of the council Hon. Chuks Oseme and Anioma matriarch, Chief (Mrs) Josephine  Ada Kachikwu among other personages for their presence and contributions .

Prince Nwoko stated that as a committed brood of Idumuje, he would continue to enhance the living standards of the people of the area, Anioma and Delta State in general. He disclosed that such fidelity was his motivation to provide scholarship and sundry  empowerment worth over N100 million  to the  generality of the people in Delta and far afield. 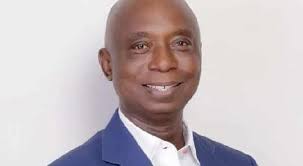