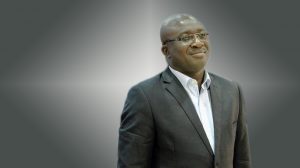 If journalism (the work of collecting and writing news stories for newspapers, magazines, radio and television) is indeed a profession (a type of a job that requires special training or skill, especially one that needs a high level of education) and not a craft (an activity or pastime involving skill in making things by hand), how is it possible that the latter takes more precedence in the Nigeria of today?

As a profession, history reminds us of the heroic works of the Nigeria Union of Journalists (NUJ) under the military’s politics of transition. They were part of what is now known as the Warrior Generation. The then NUJ was active in the defence of press freedom, and in campaigning for popular democratic ideals by organising seminars and conferences on topics such as ‘Media Participation And Involvement In Setting An Agenda For Public Discourse’, ‘The Human Rights Situation In The Country’, ‘Press Freedom’, and ‘Freedom Of Information’.
Focus on public enlightenment and on media-related issues was predicated on the belief that ‘an oppressed media obviously translates into an oppressed society [and]that unless the media is free from the shackles of military dictatorship, the members of the society cannot be educated and enlightened enough towards fighting injustice and exploitation’.
As a [evasive]craft, the advent of the internet has seen news evolve from the newsroom to the smartphones of almost everybody. Half-baked journalists who cannot stand the rigorous nature of professional journalism are lured into Citizen Journalism (the collection, dissemination, and analysis of news and information by the general public, especially by means of the Internet) for the obvious reason that they are not guided by a given rule of being honest. In a country like Nigeria and in a State like ours, where you have more to gain by being in the corridors of power, politicians have turned these half-baked journalists into organs of propaganda. The sad truth is that it is becoming difficult to distinguish a professional journalist from a praise singer. Unethical practices like “brown envelope” (money given in exchange for objectivity) has brought about the ugly trend where a ‘journalist’ is willing to assassinate the character of his paymaster’s ‘enemies’ just so he can get a little ‘kwa’.
Only recently, Chief Patrick Ukah, the erstwhile Delta State Commissioner for Information, had mentioned in his opening address to a gathering that included government information and communication persons that “fake news and hate speech […] has, in many ways, come to define most government information and communication stakeholders’ agenda and perhaps their greatest test”. Little did he know that a few hours later, he will face the greatest avalanche of a fake story that except for its eye-grabbing, jaw-dropping and highly clickable headline, was the worst form of news gathering, objectivity and adherence to the tenets of facts presented.
If the article was planned to bring Chief Ukah down to his knees, like Mark Felt (aka Deep Throat) had done with President Nixon, it backfired and only served to convince his employer that Ukah is a man that is committed to a singular purpose of doing what is right whenever he is afforded the opportunity to serve the people, his people.
The author of the article possibly sponsored by an adversary or maybe some self-appointed cabals who didn’t have their way in the last four years was truly committed to ensuring that the fake story goes viral. Words on the street are that he paid and cajoled many persons to have the story published on their blogs or social media pages, and when contacted as to the reason behind his antics demanded ‘settlement’ in excess of a six-figure sum.

Chief Patrick Ukah wasn’t moved to succumb to blackmail or so cowed to have one of the co-conspirators pull down the story from where it had been placed neither did he fall victim to a supposedly good Samaritan in conjuring up a feel-good story about his person and his time at the Ministry of Information (for a price). A closer look at the story even reveals that, indeed, Chief Ukah worked. Everything listed was gotten, at exorbitant prices according to the writer, what he failed to do was to execute due diligence in his facts gathering, if he did, he would know that his ‘facts and figures’ are wrong. The fake story has pointed the direction, by itemising what he has achieved. The only disappointment is that they could have covered other grounds, perhaps they could not create a scandal of it or they were just lazy.

My candid advice is that they learn how contracts are approved in the State and how they are executed and how monies are released.
Journalism is a profession; it has its code. Citizen journalism is a craft; it is home to ill-disciplined, greedy, fake story and hate speech peddlers.
Today, we remember and celebrate the likes of Dele Giwa, Herbert Macaulay, Anthony Enahoro, Ernest Ikoli, Babatunde Jose, Sam Amuka-Pemu, Chris Anyanwu, Bayo Ohu, Dele Olojede, Chris Okolie and the likes. Tomorrow how will history judge the character assassins camouflaging as honest journalists? Food for thought.

I’m proud to be a Christian, Nwaoboshi poop-poohs traducers for playing religious, incarceration cards against him