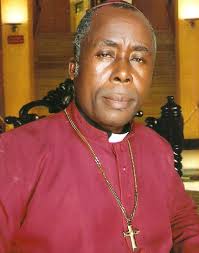 As the clock ticks towards the end of the first term of the Governor Ifeanyi Okowa government, various bodies and groups in the state are putting up activities towards the success of the inauguration.

Not left out is the Christian Community Platform (CCP), that has lined up a prayers session as its way of appreciating God Almighty for the development achievements under the SMART Agenda of the government that has brought about visible transformation of the state in terms of infrastructure, job creation, security, among others.

The group therefore plans a one-day prayer session to thank God for the achievements in the last term and for a successful inauguration come Wednesday, May 29, 2019.

The Chairman of the Board of Trustees, (BOT), Bishop Greatman Nmalagu, the Executive Assistant to the Governor on Religious Matters, in a press release on Wednesday, May 15, proclaimed that the body of Christians under the CPP, has decided to keep supporting the state through ceaseless and corporate prayers as biblically mandated by Apostle Paul in the book of 1 Timothy 2:1-2.

He observed that God is the beginning and end of Delta state, and all about the Delta State government, as exemplified in the daily prayers, worship and praise held at the Government House Chapel, as a result of the hardworking governor whom God has blessed the state with.

Nmalagu stated: “God is the beginning and end of Delta state.  He is all and all about Delta state’s Government. God so much love Delta state that He gave us a very prayerful, kind, generous, transparent, smart and hardworking Governor, Sen. Dr Arthur Ifeanyi Okowa.

“Prayer, worship and praise are done daily by Delta state at Government House Chapel, Asaba, while corporate bodies, individuals and churches do same for the state. It is on that premise  Christian Community Platform willingly decided to keep supporting Delta state through ceaseless and corporate prayers  as biblically mandated according to the instruction of Apostle Paul on worship. ‘l exhort therefore, that first of all, supplication, prayers, intercession and giving of thanks, be made for all men, for all kings and for all that are in authority that we may lead a quiet and peaceable life in all godliness and honesty.’

“That is the reason CPP is organising a prayer programme on 20th May, 2019 at Ukwuani secretariat conference Hall at Obiaruku. This prayer will be done prior to the swearing in ceremony of our amiable governor and others on 29th May, 2019.”

The statement further stated that it is the belief of Christian Community Platform that with such corporate prayers the swearing in ceremony and other subsequent activities will be done peacefully and successfully for the ushering in of the Governor and his team for second tenure, as a lot of development has been done by the present administration.

“A lot development has been done by the present administration. It is also the belief of Christian Community Platform that as we continue to faithfully pray and seek the face of God, God will continue to stand behind Delta state for her sustenance and continuous development from glory to glory and attainment of her prosperity agenda,” Bishop Nmalagu said.