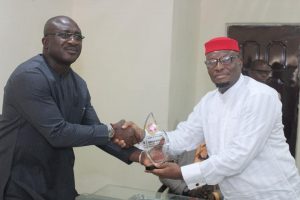 If Nigeria can emulate the strategy used by the Governor Ifeanyi Okowa administration that has resulted in the integration of the various ethnic groups for the synergy currently being enjoyed in the state, then the country would be a better place for all.

This is the submission of the Delta State Commissioner for Information, Ogbueshi Peter Ukah while responding to his conferment of the Distinguished Award Excellence  for Outstanding Performance in Public Office (Information), by the Anioma Media Associates (AMASS) today, in the conference room of the Ministry of Information, Asaba.

Thanking members of AMASS, a body of indigenous media publishers and practitioners and practitioners (print, electronic, online), for considering him worthy him worthy of such a prestigious honour, Ukah commended Governor Ifeanyi Okowa for the uncommon dexterity that he has brought to play in running the government of Delta state which has seen the state establish the principle of equity, fairness and justice.

“Thank you for appreciating me. Working with His Excellency, Senator (Dr) Ifeanyi Okowa is a privilege that has exposed one to a lot of good things about the man and his understanding and good will for the people of Delta State,” Ukah said.

And commending Anioma Media Associates for their contributions in integrating the people of the state, for building synergy and for working excellently well, he said: “So, If my people say you have done well, I accept it with all my heart.”

Besides the award, the Information Commissioner said “ Everyday, as I wake up I just realize that service is just about to commence. The strategy f integration that Governor Okowa has used in Delta state if Nigeria can emulate it, Nigeria will be a better place.

Pointing out that he was still very much available for service, Ogbueshi Ukah dedicated the award to God Almighty who gave Governor Okowa the wisdom that it possible for him to find him worthy of appointment, and to the staff of the Ministry of information  for their tireless efforts.

In his speech before conferring the award, the National Co-ordinator , Anioma Media Associates, Prince David Diai said the group’s aim is to connect with our brothers and sisters in every sphere of the socio-political endeavour and ultimately promote, project  and celebrate the Anioma essencde, interests and agenda, through a dedicated and vigorous  media initiative, driven by the diverse media publications and portals of the Anioma Media Associates and other media platforms.

Prince Diai said: “Hon. Commissioner, we are indeed greatly impressed with thet tremendous work you have done in managing and balancing the information sector, especially in keeping pace with the robust initiatives, dynamic governance astuteness and achievements galore of the administration of His Excellency, Senator (Dr) Ifeanyi Arthur Okowa and promoting them comprehensively and terrible clarity and honesty, which have all translated handsomely, into the avalanche of multiple media awards bestowed on him by several leading national newspapers and media establishments in the country.

“These awards to His Excellency, are without doubt, a clear manifestation and eloquent testimony of the articulate, dedicated and unwavering commitment of Governor Ifeanyi Okowa to the tenets and establishment of good governance through the provision of qualitative legacy projects across the state and bring more prosperity to all Deltans.”

Pointing out that Ukah has emerged  as a great Anioma Ambassador not just in Delta State but nationally and globally, Diai continued: “It is in recognition of your sterling attributes, as well as your brilliant administrative skills, your humane disposition and indeed your uncensored humility and simplicity, coupled with the strategic latitude you have exhibited in expanding the Public Relations frontiers in the state, that we most respectfully confer on you, The Distinguished Award of Excellence for outstanding performance in public office (Information) 2015-2019.” 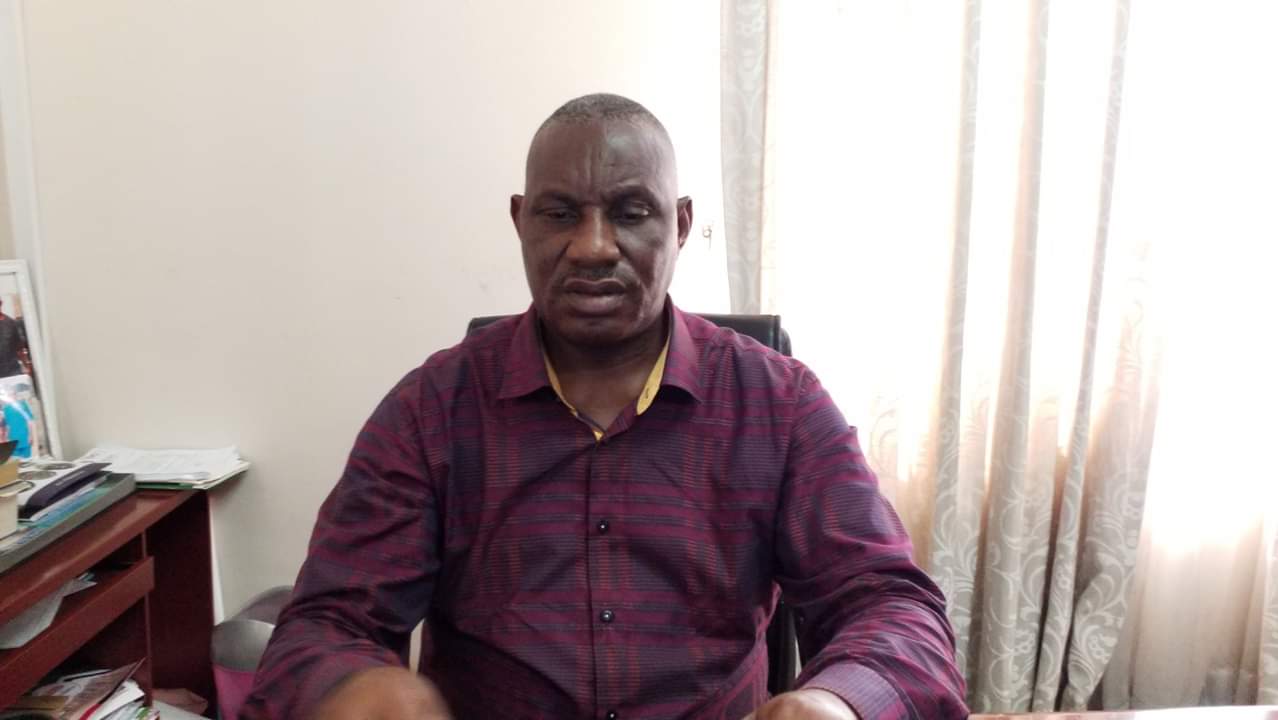