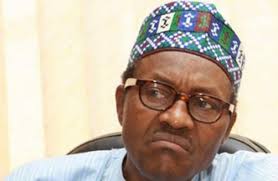 The Peoples Democratic Party (PDP) has chided President Muhammadu Buhari over his “necessary evil” comment with which he branded residents of the Federal Capital Territory (FCT), Abuja because they did not vote for him.
In a statement signed by its National Publicity Secretary, Mr Kola Ologbondiyan, the PDP decried the president’s expression on Nigerians, declaring that it is unpresidential and must be condemned.
Full text of the statement reads:
June 5, 2019
Press Statement
PDP Upbraids Buhari Over “Necessary Evil” Comment…Demands Apology To Nigerians
The leadership of the Peoples Democratic Party (PDP) reproaches President Muhammadu Buhari for branding residents of the Federal Capital Territory (FCT), Abuja as “necessary evil” because they did not vote for him in the February 23 Presidential election.
The party notes that such resort to the branding of Nigerians for rightly exercising their rights is completely unpresidential and must be condemned by all.
The PDP laments that the statement of Mr. President was inciting, divisive and capable of demonizing innocent compatriots and setting them up for victimization by overzealous agencies.
Moreover, President Buhari should note that he was not only rejected by FCT residents but also by an overwhelming majority of Nigerians across the states of the federation, who voted massively for the PDP, only for the Independent National Electoral Commission (INEC) to subvert the will of the people in his favour; consequent upon which our party and presidential candidate have headed for the retrieval of this stolen mandate at the tribunal.
Furthermore, the PDP criticized President Buhari for stating that “to make FCT secure is to make myself secure and the Vice President”.
The party holds that it is the duty of the President to provide security for all parts of the country, irrespective of where he and the Vice President reside or how Nigerians cast their votes.
The PDP maintains that the security of lives of all Nigerians, ought to have been paramount to the President and not determined by inessential factors if indeed he has the interest of the people at heart.
The PDP, therefore, calls on President Buhari to apologize to Nigerians for this divisive comment.
The party also urges Nigerians to continue in their determination to retrieve the stolen Presidential mandate at the tribunal, so as to have an administration that truly cares for the citizens, in line with the provisions of our laws.
Signed:
Kola Ologbondiyan
National Publicity Secretary