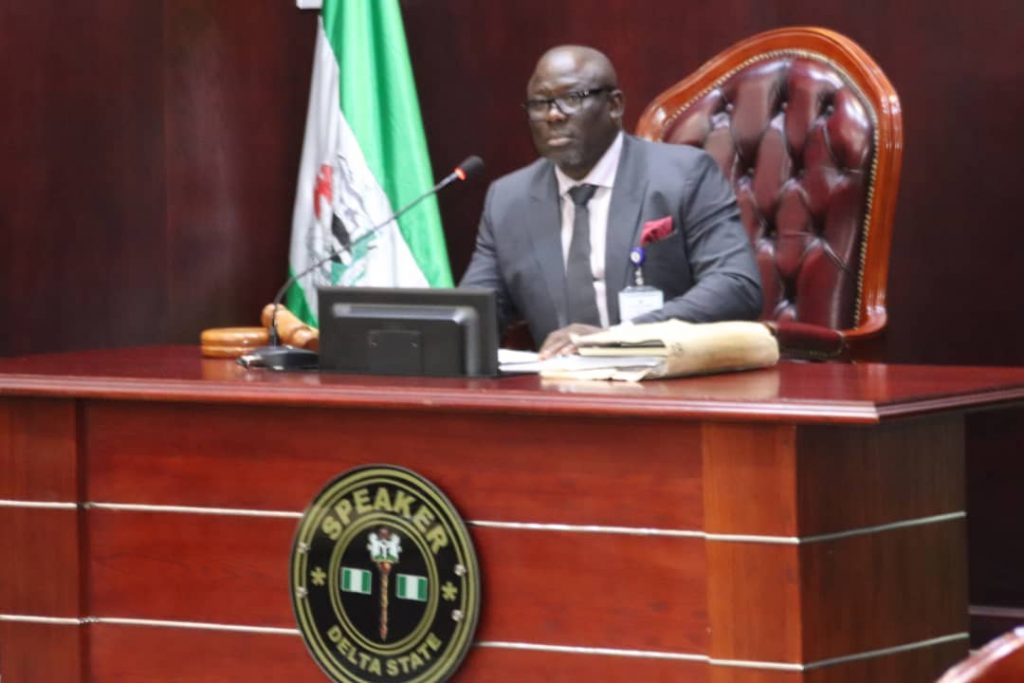 Rt. Hon. Sheriff Oborevwori, Delta Assembly Speaker.
The eight persons that were nominated by Governor Okowa of Delta state as commissioners have been confirmed today the State House of Assembly.
The legislators in a unanimous voice vote put by the Speaker, the Rt. Hon. Sheriff Oborevwori after the screening of the nominees, following a motion moved by the Majority Leader, Hon. Tim Owhefere and seconded by Hon. Izeze Yakubu Reuben confirmed the nominees as commissioners.
Those confirmed as commissioners include Rt. Hon. Basil Ganagana, Chief Festus Ochonogor, Peter Mrakpor, esq., Mr. Patrick Ukah, Chief James Augoye, Mrs. Alata, Mr. Chika Ossai, and Prof. Patrick Muoboggare.
They were all asked to take a bow and leave.