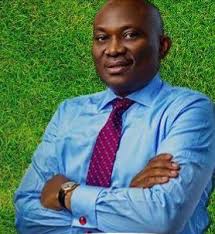 Amid accusations of nepotism and the use of improper influence against the National Chairman of the Peoples Democratic Party (PDP, Prince Uche Secondus and his alleged unbridled meddling in the internal affairs of the House of Representatives, a stalemate of significant proportions over who should be picked as the Minority Leader of the Green Chamber may have engulfed the PDP, as the jostle for leadership positions in the National Assembly unfolds.

Two candidates, Hon. Ndudi Elumelu, who represents Aniocha/Oshimili Federal Constituency in Delta State with significant popularity in the House and Hon. Kingsley Chinda, who represents Obio/Akpor Federal Constituency, Rivers state, have emerged as contenders for the top job in the Lower Chamber of the National Assembly. So much so that the situation has divided members of the national working committee and the enlarged PDP caucus over who should be given the nod for the plum position.

Hon. Ndudi Elumelu, who had been adopted by the Delta PDP Caucus in the House, ahead of Hon. Ossai Ossai, was presented by a majority of the PDP House caucus to the larger caucus of the Party as their preferred candidate to occupy the position of Minority Leader in the lower chamber of the National Assembly.

His nomination and adoption, according to informed sources, was predicated on his ranking status and very robust legislative experience, garnered from two previous terms in the 6th and 7th Assemblies consecutively, where he headed the powerful House Committees on Health and Power, in successive terms and was well integrated as a key and trusted team player, whose contributions to the legislative agenda greatly helped to sustain and consolidate the independence and constitutional authority of the collective National Assembly.

The Delta State Aniocha-Oshimili Reps member, beloved by many colleagues for what they describe as his patriotic bi-partisanship stance, especially in consideration of matters of national interest, is also said to enjoy the goodwill of both his PDP party members and those of the ruling opposition APC, who see him not only as a bridge builder across party lines, but also as a seasoned legislator whose wealth of experience will impact positively on the House by guiding new members in House conducts and adding his considerable influence to those of the older members, in steering the affairs of the House and maintaining the balance between party and policy as the 9th National Assembly unfolds.

Elumelu’s nomination, which at first seemed unanimous, was, however, countered by the surprise challenge from Hon. Kingsley Chinda, who represents Obio/Akpor Federal Constituency, Rivers State, in the House and whose nomination, according to reliable inside sources from within the PDP Assembly caucus, was orchestrated by the National Chairman of PDP, Prince Uche Secondus.

The sources further claim that while members at the enlarged PDP caucus meeting had anticipated a consensus in favour of Elumelu for the House of Reps Minority leader position, the PDP national chairman had arranged some members to nominate his kinsman, in what insiders claim was part of a clandestine plot to strengthen the stranglehold of Rivers state in the control of the PDP, as Hon. Chinda is also the member representing Governor Nyesom Wike’s home constituency of Obio/ Akpor, in the Lower Chamber.

They were however overruled by the National Chairman, who informed the meeting that the National Working Committee of the party would look into the matter, with a view to making what he described as the best choice for the party from the two; a suggestion which was decried as anti-parliamentarian and raised suspicions over what they see as an attempt by the PDP chairman Prince Secondus to influence the NWC as its head, over the nomination and imposition of his kinsman, Kingsley Chinda as minority leader of the House of Reps.

Sources also hinted that the stalemate in the PDP over nominations for principal offices in the House may have taken a further dimension with most members kicking strongly against the nomination of members from both Nasarawa and Rivers states, with the argument that the PDP BOT chairman and Second Republic Senator Walid Jibrin, who has been on the seat since 2013, comes from Nasarawa, while the National Chairman, Uche Secondus, who emerged after the PDP Port Harcourt convention in 2017 largely influenced and muscled with some strong-arm tactics by Governor Wike, after he had served as acting chairman of the PDP National Working Committee from 2015 to 2016, comes from Rivers State too.

As it stands now, the PDP appears to be in a fix in selecting who should be their Minority leader in the Federal House of Representatives as the battle for the position, which has been conventionally zoned to the South-South, since that of the Senate has gone to the South-East, is finely poised between Hon Ndudi Elumelu of Delta State, who has already been adopted by the Delta PDP Caucus and is said to enjoy the goodwill of majority of the House members across party lines, and Hon Kingsley Chinda, whose nomination as arranged by the PDP National Chairman, has not gone down well with many House members and, indeed, a section of the PDP governors forum who is it seen as an attempt to impose a candidate on the House and meddle with the independence of members to chose a candidate of their choice for the minority leader position, but also another covert ploy by the PDP national chairman, who many have accused of trying to foist the decisions of Rivers PDP on the party.

This high handed leadership style, sources claim, has been greeted with widespread disenchantment by the majority of party members and may have been largely responsible for the glaring show of defiance and abysmal performance of PDP backed candidates, when PDP members in the National Assembly clearly disobeyed party directives to support particular candidates and voted for alternate candidates in the recently concluded election for the leadership of the Senate and House of Representatives respectively.