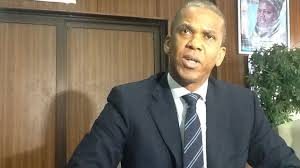 No fewer than 327 graduates of the “Dafinone Foundation” have been empowered with starter packs at its 9th graduation ceremony at Okpe community town hall, Olympia in Sapele Local Government Area of Delta State.
Chief Ede Dafinone a Chartered Accountant and the founder of the Foundation who addressed journalists in Sapele revealed that the foundation started in 2006 with micro-credit facilities at the time he was contesting the primaries when he was asked the question by the PDP women leader Ms Victoria Obakpolor “if you do not win the election what would happen?” he then replied that he will never be deterred by that since you must not be in the Senate before you can help your people.
Chief Dafinone continues that after the primaries, he immediately commence the micro-credit facilities to the women in the area which later translated into the Dafinone Foundation where thousands of persons have been trained in different skills such as Tailoring, Catering, Hair-Dressing, Welding, Fabrication, Aluminium Works Electrical and Installation, Computer Application.
He added that the programme was done in Ethiope West, Okpe but Sapele is the most consistent one and that the foundation started with the said micro-finance but it came to a time when people were not able to manage the loan given to them and so they decided to give them skills so that they can be gainfully employed.
The Founder noted that the Foundation which started with Hair-Dressing, Tailoring and Catering has now extended the scheme to Welding, Aluminium works, Electrical Installations and Computer Application to accommodate more people with different interest and that so far, the foundation has empowered women and thousands of youths in Sapele, Jesse, Oghara, Mosogar and other neighbouring communities within and around Sapele.
He, however, encouraged the graduating students to use their skills wisely and make sure they empower themselves, family and their environment “We want to teach you how to fish and not to give you fish, our vision for you is to find a better life through the skills empowerment. As you graduate today, take your skills with you because no one can take it from you, use your skills to empower yourself, family and your environment” he said.
Venerable Otemu Oyibo, the Vicar In-charge of St. Luke Cathedral Church of Nigeria Anglican Communion, Boyo Road Sapele, commended Chief Ede Dafinone for his contribution in assisting students and the people of Delta State, adding that what politicians could not do, is what Ede is doing.
Mrs Charity Umukoro, a graduating student in Tailoring appreciated God Almighty for the successful graduation from the programme describing Chief Ede as a man worthy of emulation and a man that is always there to help the youths, especially the jobless youths, remarking that it is not easy to see a man coming to empower such number of youths with his own cash yearly “God will always protect him for us all in Delta State and Nigerian at large” she said.
Ms Victoria Obakpolor the (Coordinator of Dafinone Foundation) who also spoke to journalists after the event said “Sincerely, I was shocked when I got a phone call from Chief Ede Dafinone that I should come to his place to commence the micro-finance project with the women, you hardly see a thing like this for a man who lost his election to begin to empower his people.”
She added that when the revelation came from above that we should add the skill acquisition to it, he commenced it immediately, as he asked this question “is it not to empower our people? Why not? Please go on with it immediately, and here we are today. Many have been removed from hunger and prostitution by him. “He is a God sent to this generation God will help him to do more for his people.” 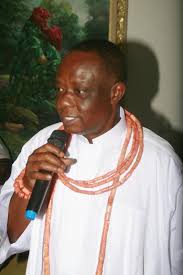