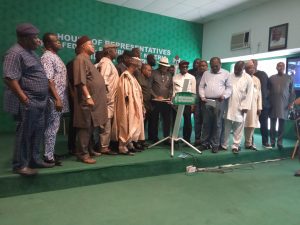 No fewer than 111 members of the House of Representatives have expressed their disgust, disenchantment and rejection of the action the National Working Committee (NWC) of the Peoples Democratic Party (PDP) in suspending the Minority Leaders of the House, Rt. Hon. Ndudi Elumelu.
The House members who decried the suspension at a press conference addressed by Hon. Legor Idagbo (PDP) Cross River State in Abuja called on the NWC to immediately rescind the decision on the newly constituted Principal and other PDP members.
Those suspended by the PDP for aegedy failing to appear before the PDP’s NWC are: Hon. Ndudi Elumelu, Minority Leader – (PDP-Delta); Toby Okechukwu, Deputy Minority Leader – (PDP-Enugu); Hon. Gideon Gwani (PDP-Plateau) – Minority Chief Whip and Adesegun Adekoya, Minority Deputy Chief Whip – (PDP -Ogun) as well as Hon. Wole Oke (PDP-Osun); Linda Ikpeazu (PDP-Anambra).
The 111 House of Representatives members comprising representatives of the nine minority parties led by Hon. Legor Idagbo (PDP-Cross River), affirmed that the letter sent by the PDP leadership to Speaker Femi Gbajabiamila dated 1st July, 2019 was belated.
Idagbo said that all the Minority parties had through a letter dated 20th June, 2019 communicated the nomination of Hon. Ndudi Elumelu and other principal officers to the Speaker in tandem with the provisions of the Standing Order 7(8) which derived its strength from Section 60 of the 1999 Constitution (as amended).
While urging the PDP National Chairman, Uche Secondus and the NWC as well as the Board of Trustees (BOT) to rescind the suspension of the six PDP members, the lawmakers passed a vote of confidence on Speaker Femi Gbajabiamila; Hon. Ndudi Elumelu and the newly constituted Minority Principal Officers.
On the allegation of the N1 million inducement by the Elumelu’s group, Hon. Idagbo who described the allegation as an “insult” noted that it would have been justifiable if the promoters of the allegation accused them of collecting N1 billion.
He also promised to make public the list of the 111 lawmakers drawn from all the nine minority parties who endorsed Hon. Elumelu and others as the Minority Principal Officers.
Urging for amicable resolution of the crisis, he appealed to all well-meaning PDP leaders and those with legislative experience to intervene with a view to stabilizing the party.
He also pledged their resolve to work with the PDP National Chairman and other stakeholders in the bid to clinch power by 2023.
While exonerating Hon. Elumelu and others of any misdeeds, Hon. Idagbo argued all the entire 111 members who endorsed him should have been suspended by the party rather than isolating the six members.
He said: “We have called this press conference to address the recent happenings on the issue of minority leadership of the house of Reps. According to the house rules, particularly Order 7 Rule 8, which states and I quote: ‘Members of the minority parties in the house shall nominate from among them, the Minority Leader, Minority Whip, Deputy Minority Leader and Deputy Minority Whip’.
“We, the Members of the Minority parties adhered to this provision in the selection of 1. Hon. Ndudi Elumelu; 2. Hon. Tobi Okechukwu; 3. Hon. Gideon Gwani; 4. Hon. Segun Adesegun as, Minority Leader, Minority Deputy Leader, Minority Whip and Minority Deputy Chief Whip respectively.
“The Speaker of the House, Rt. Hon. Femi Gbajabiamila was communicated the resolution by majority members of the minority caucus on the 2nd July, 2019, and he went ahead in accordance with our rules to read same on the floor on the 3rd, July 2019.
“With the greatest respect and a huge sense of loyalty to our great party, we commend our national Chairman for the great job of piloting the affairs of our party that has seen the fortune of our party increase in the last few years. We also restate our resolute to work closely with our national chairman and our party in ensuring that our party returns to power in 2023.
“That said, we would like to also state that the parliament since 1999 till date, has remained an independent body that has not been coerced into accepting any leadership imposed on it by external influence not in line with the wishes of the majority of its members.
“We would like to appeal to our party chairman and the NWC of our great party, who we know are seasoned and experienced politicians that understand these dynamics to rescind their earlier decision to suspend our leaders, who through no fault of theirs were nominated and elected by majority of members of the minority parties. Were an offense to had been committed in this process, the perpetrators would be all 111 of us not six members as were suspended by our great party.
“Finally, we use this opportunity to sue for peace and to state that we are available for further discussions with the NWC of our great party on how to resolve these issues and move our party forward. We call on well-meaning party leaders, particularly those with legislative experience to intervene on our behalf in order for this matter to be laid to rest so as not to affect the fortunes of our party in the future,” Hon. Idagbo told Legislative Correspondents in Abuja. 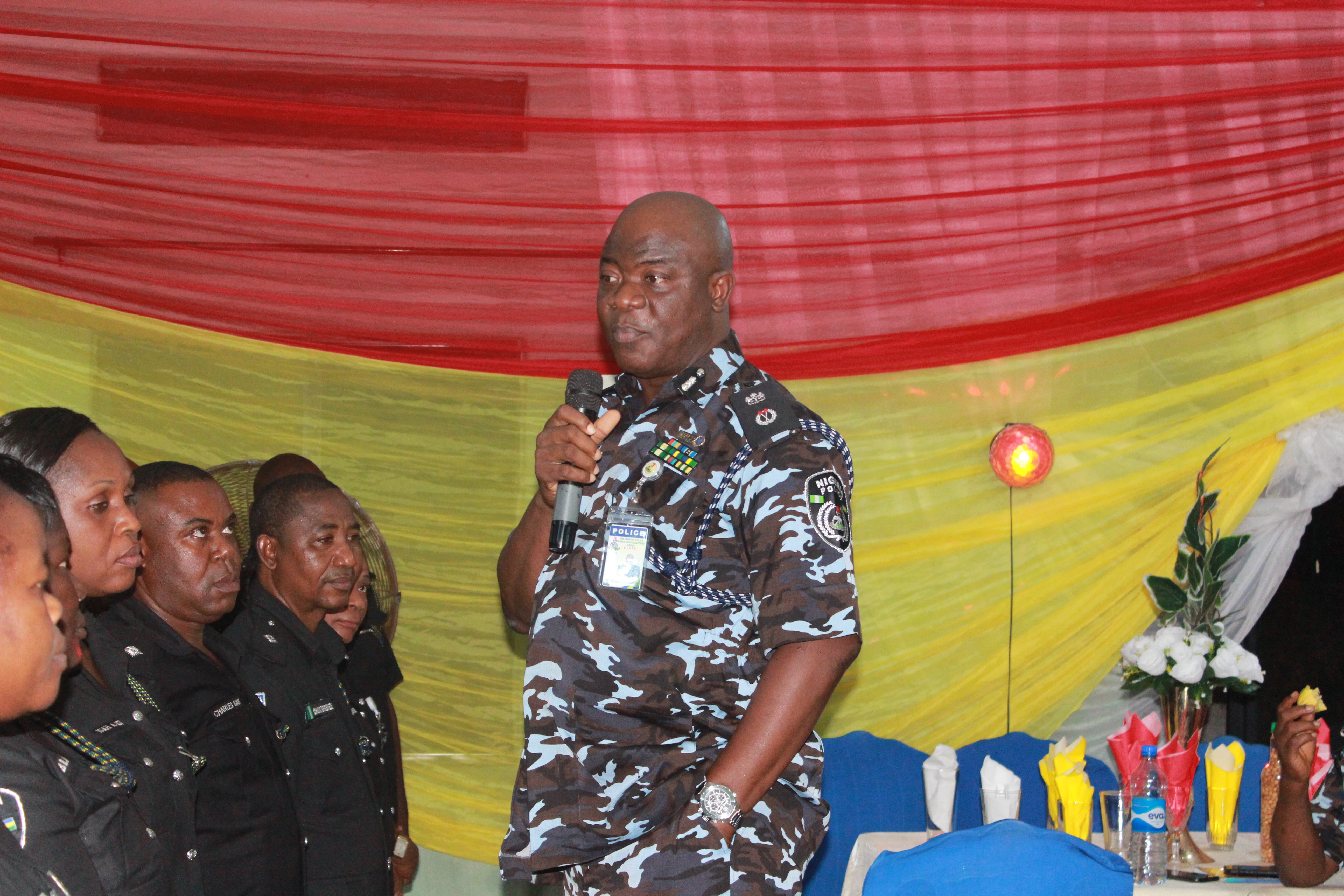