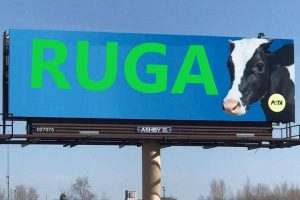 By Omon-Julius Onabu in Asaba
Delta State Council of Traditional Rulers has declared that there is no land in the state for the Rural Grazing Area (RUGA) settlement initiated by the federal government.
The royal fathers, who stated their position in a communiqué at the end of their meeting in Asaba, the state capital, emphasised that the predominantly farming people of the state do not even have enough land for agriculture.
The monarchs ruled out the possibility of accommodating RUGA in state.
The Chairman of the Delta State Council of Traditional Rulers, His Royal Majesty, Dr. Emmanuel Efeizomor II, who read out the communiqué, was flanked by the Vice-Chairman and Orodje of Okpe, HRM, Orhue I, and the second Vice-Chairman and Pere of Akugbene Mein, HRM, Luke SP Kalanama VIII.
Part of the communiqué said, “We have exhaustively deliberated on the issue of RUGA and came to the conclusion that there is no land for RUGA project in Delta State.
“We have land deficit in Delta State and cannot spare an inch of land for grazing area. You know that part of Delta State is riverine and our people are predominantly farmers”.
Efeizomor disclosed that the council also examined the worsening security situation in the country, including the worsening cases of kidnapping, killings and other forms of criminality, and called on the federal government to be more proactive, firm and decisive in clamping down on all criminal elements in the country.
They commended traditional rulers from Urhobo-land for wading into the crisis between Okparabe and Arhavwarien communities in Ughelli South LGA, and appealed to them to continue to sustain the efforts to ensure peace and unity in the interest of the overall development of the area.
The monarchs also advised local government authorities in the state to erect road signs and signals directing first-time visitors to various communities on new roads recently executed by the state government to open up and link rural communities across the state.
The monarchs also charged land developers and builders to adhere strictly to government-approved guidelines on building plans issued by relevant agencies, and cautioned town planning officers not to compromise standards for money as such practice was inimical to environmental and urban development.
The royal fathers passed a vote of confidence on the State Governor, Dr. Ifeanyi Okowa, for his outstanding performance in piloting the affairs of the state since assuming office in 2015.
Meanwhile, Okowa, has congratulated the Asagba of Asaba, Obi Prof. Chike Edozien, on the occasion of his 95th birthday and 28th coronation anniversary celebrated at the weekend.
In a statement by his Chief Press Secretary, Mr. Charles Aniagwu, the governor said, “today, we thank God for the life of the Asagba. Your Majesty, in your time Asaba has seen a lot of development. Asaba is the fastest growing town in the nation and you have worked with your people to give us a peaceful environment for growth, because without peace there will be no development.
“You (the Asagba) have also given us room for partnership between the people of the town and government since the state was created and I must publicly thank the people of Asaba for keeping the peace.
“We have done a lot but, there is still much for us to do in Asaba (and) as a government we will work with you to ensure that we grow Asaba better than it is today. As a government, we are committed to growing Asaba as the capital of our dream.”
• Source: THISDAY

My grouse with Buhari’s govt, by Bishop Oyedepo; explains presence at OBJ, Atiku’ s reconciliation meeting, says he has not received money from any...