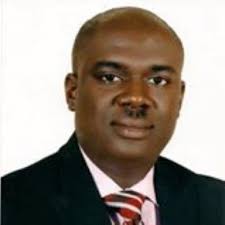 Uproar now exists among Local Government workers in Delta State against a directive from the council Chairmen in the 25 local governments under the aegis of the Association of Local Government of Nigeria (ALGON), Delta State chapter that certain allowances hitherto paid to the workers should be suspended and removed from the payment of the June 2019 salaries.

The directive has not gone down well with the workers who feel that the measure is a betrayal by the Council chairmen who did not reciprocate the gesture of the fight put forward by them that culminated in the autonomy granted to the local governments.

For the workers, this is a witch hunt and a disfavour, especially being the first salary payment to be made in the implementation of the autonomy. To the workers, the stoppage of the payments of the allowances would mean less take home pay for them.

But the Chairman of ALGON in Delta State, who is also the chairman of Isoko South Local Government, Sir Itiako Ikpkpo allayed the fears of the workers, urging them to be patient and allow INFOSIC to do the work of ascertaining the genuineness of those entitled to earn the allowances and the approval given to that effect. “They should have no fear; we will try to do what is right and they too should understand.

Pointing out that the move is part of efforts to rectify many anomalies in the local government system in the state that has made the system archaic and unproductive, he said it has become necessary to wake the system up so that the councils can be efficient. “There are those who are supposed to be working in the councils who are in London, some in DESOPADEC, some in Lagos, doing all sorts of jobs,” he said.

Ikpokpo confirmed that the implementation of the directive falls on INFOSIC, the consultancy company charged with the responsibility of giving monthly returns to the body of Chairmen in the State, ALGON, while the affected allowances include the shift allowance for health workers, environmental health workers and drivers, as well as Health hazard allowance for Agricultural officers and other field workers within the Unified Local Government Council system.

Banneronlinenews.com learnt that the leadership of the council workers at the NULGE level has waded into the matter through its state President, High Comrade Zico Okwudi because as a union the NULGE interest is to protect the interest of the workers, although no position has yet been taken on the matter by the union.

But presenting the position of the state Chairmen on the matter, the Delta State ALGON Chairman, Hon. Itiako Ikpokpo, in an interview with online journalists in Asaba, opened up on the matter stating that the directive for the stoppage of the payment of the allowances was based on unwholesome discoveries during the last Joint Account Allocation Committee, JAAC, meeting.

He said that at the meeting which comprised of the State Governor, Dr. Ifeanyi Okowa and all critical stakeholders in the State’s Local Government affairs, a lot of issues were raised, including the issues of allowances that has to do with zonal offices, appointment of over 30 Heads of Personnel Management, HPM’s, when the state has only 25 Local Government Councils, appointment of over 25 Treasurers to the Local Governments, TLG’s, payment of allowances that certain people were not entitled to and yet they were being paid, over staffing in the State Local Government Service Commission, where you have over 150 people working and the issue of shift allowance to workers where they do not do shift duties.

“That was what gave birth to the decision and directive at that meeting and as I have just explained, we found out a whole lot of other things too in the meeting. For example, the wage bill of teachers indeed is really going down, while that of the Local Government Councils remain static and not going down.

“And we felt that something is there for us to look at, it is either that the consultants were not working well or there was something they were missing,” the ALGON boss stated.

Sir. Ikpokpo also noted that though JAAC is a meeting for the sharing and distribution of the allocation for the Local Governments, it has remained a veritable point of meeting of stakeholders for the articulation of needs, challenges and comparing of notes among the various LGs, towards synergizing in moving the system forward for the overall benefit of the people of the State.

He said that ALGON as a body, does not have a problem with allowances, revealing that what they are after is the legality and the need for the appropriate allowances being paid to the workers of the Councils.

He revealed that indeed, the State Chairman of NULGE, High Comerade Ziko Okwudi, as usual put up a very strong defense, adding that even when they agreed with him in some aspects of his observations, they objected in some areas and resolved that the allowances, which he said were listed for all stakeholders to see, will be critically looked into in the next JAAC meeting, where a final decision will be taken on the matter.

“Looking at the allowances from A to H, there is the need for the Governor and JAAC to appraise them critically and give approvals where necessary and the Local Government Service Commission is a member of the Committee through the Secretary,” Ikpokpo said, while confirming that it was based on the resolution that directives were given to the consultants, INFOSIC to remove all contentious allowances, pending the determination of all the issues raised by way of approval given.

On the financial autonomy being enjoy by the Local Government through the NIFU policy, the ALGON Chairman, affirmed that it was initiated and inserted into the Constitutional amendment by ALGON. He pointed out that NULGE as a Union, partnered with them in the fight which he admitted was the right thing for them to do, even as he noted that the Body of Local Government Chairmen in the State, worked assiduously for the re-election of the Governor Ifeanyi Okowa for the fact that he was the best man for the job.

Ikpokpo also said that working for the re-election of the Governor and fighting for the financial autonomy should not by any means be the basis for the continuation of doing what is not right.

Going Biblical he said:“Is it because grace abound that we continue in sin? No!”,he affirmed emphatically.

He therefore assured the body of workers in the 25 Local Government Councils in the state that their interest will always be protected, saying that, “there is nothing to fear and that we are partners in moving workers forward and that they can be sure that whatever is due to them will not be taken from them.

“You may have been taking it as part of your life in the past, but that does not make it right. One thing is clear and obvious from my experience in JAAC, they have a great leader in the person of Ziko (Okwudi) who speaks for them, they have a leader who has their back and is very passionate about them. He is a great pillar to all of us in JAAC.

“I relate with him as the ALGON Chairman based on the strength of his ability, so the body of workers in the Local Government across the state do not have anything to fear,” the ALGON boss said.

Eagle Square belongs to all Nigerians, says Saraki, decries reversal of approval for Kwankwaso’s use for declaration