A home overtaken by flood in Igbodo. 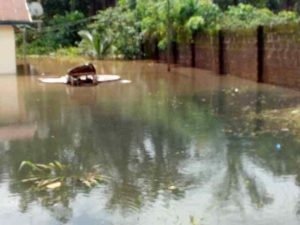 Sight of the devestating flood that hit Igbodo.

Igbodo, the agrarian community in Ika North East Local Government of Delta State and food basket in Nigeria is facing the worst of times as it has been submerged by ravaging flood.
The raging flood has rendered residents homeless.
As at the time of filling in this report, several houses and farm lands have been covered by water, while many others were being threatened as the rains kept descending from the sky.
Residents in worst affected areas were seen scampering for safety, even as they made efforts to salvage their belongings from the rampaging floods which intensified over the weekend with the heavy rains.
The Director, Media and Publicity, Igbodo Development Union, IDU Worldwide, Comrade Nkem Nwaeke, said the country home of the Iyase of the kingdom (Traditional Prime Minister), Dr Ifeanyi Unomah was among the buildings mostly affected.
Comrade Nwaeke revealed that the Iyase, a retired University Don was devastated as he watched the fence of his expanse premises go down. He immediately left the compound for safety, leaving his house and the properties in it to fate.
There were conflicting accounts on what must have gone wrong as some persons claimed that the water was coming out from the ground as history has it that there was a small River called ‘Omelebele” in that particular area of the community.
The President General, Igbodo Development Union, IDU Worldwide, Deacon Matthew Okwaje who was one of the first callers to the affected area to ascertain the extent of damage and the effect on the people, said it was mostly caused by overflow of water as a result of the heavy rains.
While expressing shock and sadness over the development, Deacon Okwaje stated that roads and drains recently constructed in some towns around Igbodo, including Umunede, Akumazi and Ekwuoma must have added to the heavy flooding as the waters from these areas seem to find their ways to Igbodo which is in a valley.
The President General who said this was the first time flood was taking over a part of the community, pointed out that prior to the construction of those roads, Igbodo had never experienced such heavy flooding.
He disclosed that he was already making efforts to reach authorities of the State government, aimed at finding solution to the problem before the entire community is submerged by the water.
Another speculation being expressed by some of the residents in the community, is that the flooding is as a result of water overflowing from the Omelebele River which hitherto was almost dried up but may have been revived by the incessant rains recently.
Residents who align with this speculation, claim that the water that is coming out from the ground is very neat.
But others who do not believe in such, said that the claims could be taken seriously only when they see water in the area during dry season and not the raining season.
Even with the conflicting claims, affected residents pray that there should not be more rains as such would be so inimical to the wellbeing of the people. 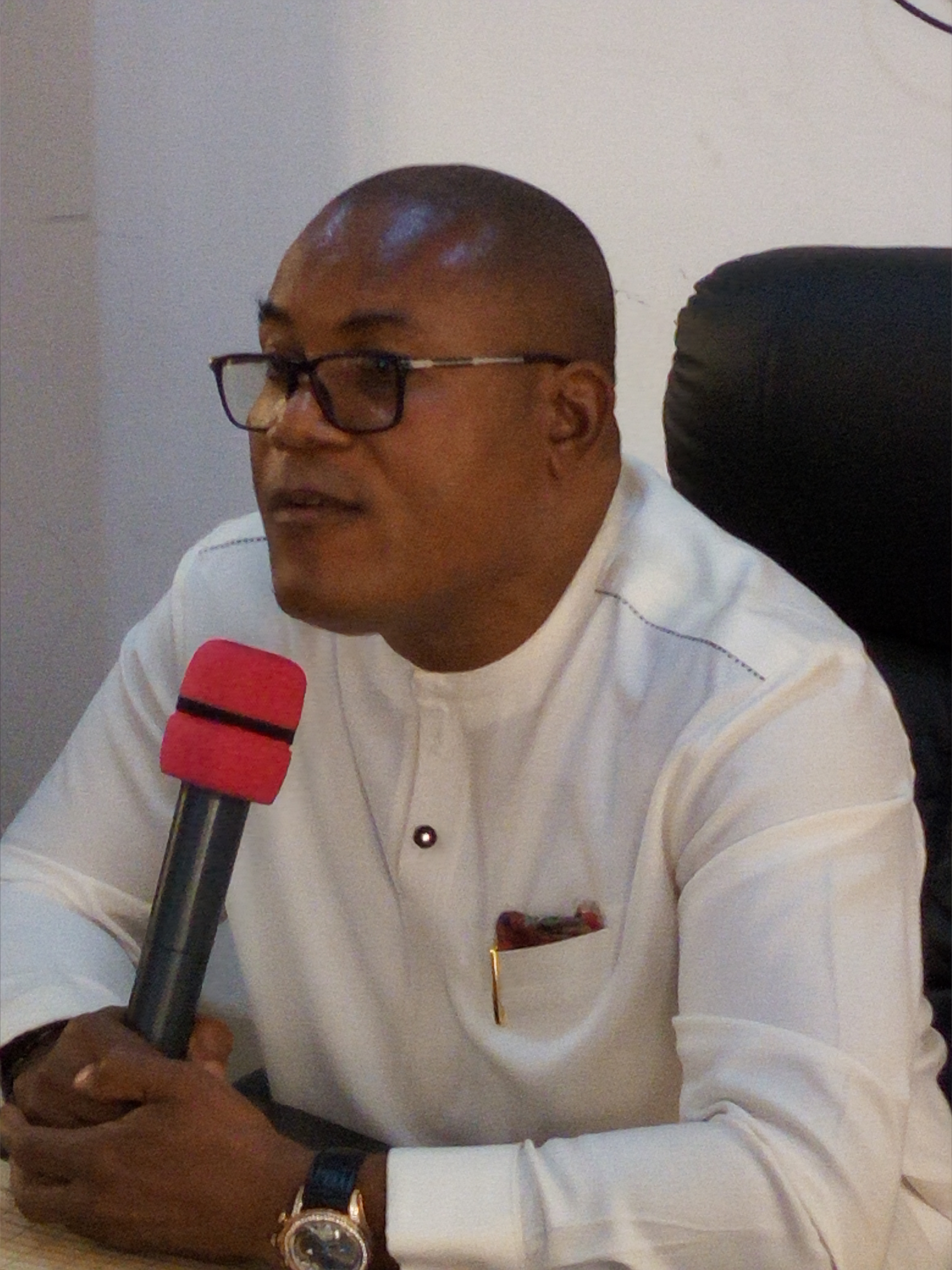