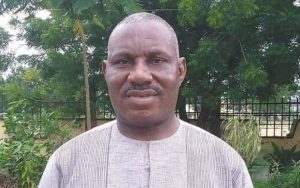 Governor Ifeanyi Okowa of Delta has appointed Mr Olisa Ifeajika of the News Agency of Nigeria (NAN) as his new Chief Press Secretary (CPS).
The appointment letter, which was signed by the Secretary to the State Government, Mr Chiedu Ebie, was issued to Ifeajika on Monday in Asaba.
Ifeajika would be succeeding the former CPS, Mr Charles Aniagwu, who has been elevated to the position of a Commissioner in the state.
Some journalists, while reacting to the appointment of Ifeajika, described it as a welcome development, saying that he knows what to do to maintain media relationship with the government.
Dr Ejike Obeta of NAN, Asaba office said that Ifeajika was a good choice, adding “he is a round peg in a round hole”.
“He (Ifeajika) has been a very tested journalist, he has all it takes to be a CPS having worked as journalists for over two decade in Delta and other parts of the country.
“I am optimistic that he will bring his wealth of experience in journalism to bear in his new post.
“I know that the governor considered all this before appointing him to be his CPS and I pray that God will be with him and give him the wisdom to deliver on his appointment.”
On his part, Mr Mike Ikeogwu, Chairman, State Chapter of Nigeria Union of Journalist (NUJ), while congratulating Ifeajika on his appointment, urged him to bring his wealth of experience to bear on his new position.
“It is a welcome development to have Ifeajika, a seasoned journalist as the CPS to the Governor. He has practiced in the state before now and knows what to do to raise the bar in journalism profession,” Ikeogwu said.
Also, Mr Paul Osuyi of the Sun and Chairman, Asaba Correspondents Chapel, said he was sure Ifeajika would uplift and uphold the tenets of the profession by ensuring that major stakeholders in the profession function better.
“We congratulate him and express confidence that he will sustain the media relationship between the journalists and the governor,” Osuyi said.
NAN reports that until Ifeajika’s appointment, he was a Deputy Editor-In-Chief (DEIC) NAN in Abuja.
He joined NAN in 1989 as a reporter; worked in Warri and Asaba as State Correspondent between 1998 and 2008.
He also worked in Cross River as State Correspondent from 2008 to 2010 before returning to Asaba as Head, Niger Delta Bureau from 2010 to 2013 before being deployed to Abuja.

PDP sues INEC, opposes postponement of the election at any polling unit over the card reader