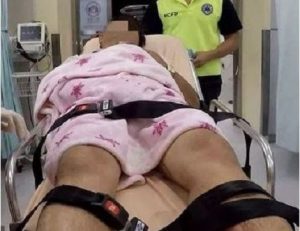 The victim in hospital.

It was an incident between life and death as a 58-year-old Taiwanese woman cut off her ex-husband’s genitals with a sharp pair of scissors after luring him back.
The woman only identified by the police as Ms Lee, went further to douse the genitals in acid and flushed them down the toilet after finding out he had cheated on her when they were married.
“If I can’t have it, no one else can”, she was quoted as having fumed before taking 40 sleeping pills in an apparent suicide attempt.
The attack happened in the couple’s home in the township of Hukou, which is in Taiwan’s north-western county of Hsinchu on July 24.
Reports say they had divorced less than a month ago, but Mr Chen, jobless for two years, continued to live off his wife.
Authorities with the local Xinhu Precinct said they received a call from a howling Mr Chen, 56, following the incident at 8:50 p.m. local time.
He feared more violence from his ex-wife and had locked himself in the toilet, officers revealed.
Ms Lee is said to have devised a plan to remove her ex-partner’s manhood after learning that, on top of relying on her earnings, he had also been seeing another woman behind her back when they were married.
She reportedly ‘seduced’ him and then grabbed his genitals before shearing it off with scissors, followed by both testicles.
She then allegedly poured acid on them and flushed them down the toilet. (NAN) 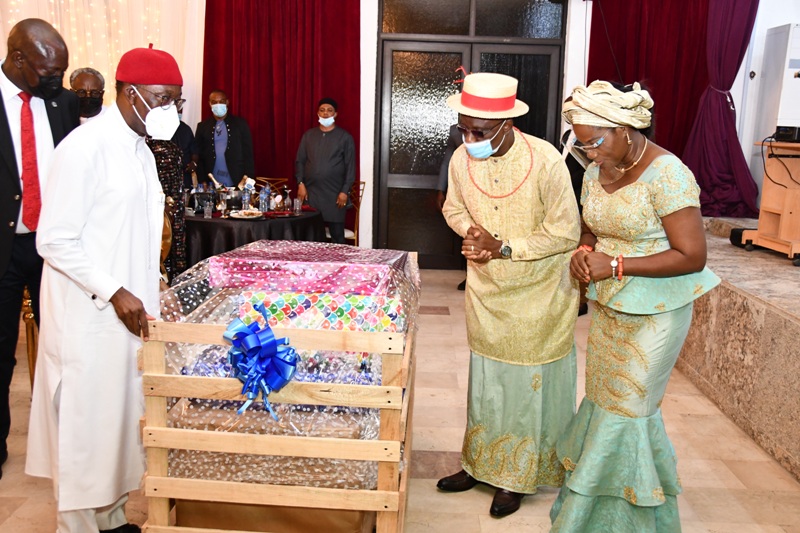