Home Abuja There may be no Nigeria by 2023, says Uma Eleazu 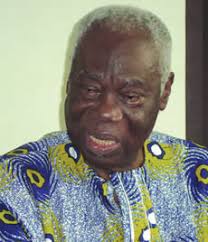 A former presidential aspirant on the on the platform of Social Democratic Party (SDP) in 1993, Dr Uma Eleazu, has said there may be no Nigeria by 2023.
Eleazu who was a member of the committee that drafted the 1999 constitution and in 2006, served in the committee set up by former President Olusegun Obasanjo to look into the constitution, stated that only true federalism can save the country.
Speaking to Daily Sun, the experienced politician stated that Nigeria is drifting into a precipice.
He said: “There may be no Nigeria by 2023. Because with what is happening before 2023, we may have ended in the precipice that we are drifting into. Those who are saying 2023, where will they do that; will there be Nigeria for them to do what they want to do.
“People we don’t even know are overrunning Nigeria, and people who are in power say they are not Nigerians. If they were not Nigerians, what kind of immigration policy do we have that allows people who are not Nigerians to just migrate and just kill your citizens and you keep quiet and look the other way. Something is wrong. Those are the basic issues we have to sort out before talking of 2023.
“It is like living in a fool’s paradise when you start talking about 2023, when you have not solved the problem of 2019. The problem facing us now is survival, it is not just one state; look at what is going on in Zamfara, Katsina, Sokoto, Kaduna, North East, even in Buhari’s village, where the traditional ruler was abducted.
“Now from Lagos, you cannot be comfortable going to the east; you will just be sitting on the edge until you get to where you are going. What kind of country is that? Foreigners invade your country; you jetted out to Saudi Arabia to go and talk of terrorism.”
Meanwhile, a meeting of northern leaders on Tuesday, November 2, warned that Nigeria was gradually drifting into anarchy as a result of the failure of government to address the security challenges confronting the country.
The leaders include retired army generals, inspectors general of police, intelligence experts, academia and other technocrats.
They gave the warning at a two-day northern Nigeria security conference in Kaduna, organised by Arewa Research and Development Project in collaboration with Sir Ahmadu Bello Foundation, Savanna Centre for Diplomacy, Democracy and Development as well as the Joint Committee of Northern Youth Associations.

DOPF convention: Concern expressed against politicians’ use of social media as tool for hate speech