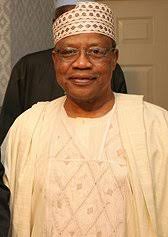 In a statement by his Chief Press Secretary, Mr Olisa Ifeajika, in Asaba, the governor described Babangida an elder statesman whose commitment to the unity and indivisibility of the country remained resolute.
He extolled the former Nigerian leader for his leadership qualities, and acknowledged his role in the creation of Delta as a state and for remaining an elder statesman and rallying point since leaving office in 1993.

Okowa said that the people of Delta remained eternally grateful to him for the creation of the state in 1991.

“You created Delta in 1991 and as we celebrate the 28th anniversary of the creation of our dear state, we remember your astute and sagacious contributions towards the realisation of our dream.

“You had an illustrious military career which culminated in your becoming military president of the country.
“As a national icon and statesman, you occupy a special place in the hearts of the government and people of Delta, because without your benevolent act, perhaps Deltans would have still been agitating for their own state.

“So, on behalf of my family, the government and people of the state, I heartily congratulate you, our great leader and elder statesman, Gen. Ibrahim Badamasi Babangida, on your 78th birth anniversary.

“As a distinguished patriot and leader, you served the nation diligently in your quest to keep the unity and diversity of our beloved country.

“As you continue to age gracefully, we thank you for your kind contributions to nation-building, particularly for the creation of our dear state, Delta.

“It is my prayer that the good Lord will continue to uphold and guide you in all your future endeavours,” he stated.